The book has been thought through an "anthropological-existential" key: indeed, power is an exclusively human dimension, characterized by finitude, but the human being does not accept it. Power is not effective if it is not conceived as "absolute", but the attempt of the "Ego" to make that "absoluteness" real has to face out the "otherness", "always again", notwithstanding any effort to elude and crush it, to make it inoffensive and powerless. So, the power depends on otherness, and this is the image of the powerful man that Canetti represents as hoisted on to supporters' shoulders; if that support fails, then the body crashes to the ground. From this dynamics a not eliminable "fragility" derives. From this anthropological-existential dimension follows the organizative-institutional one, which is founded on the combination between the effectiveness of the power and its dependency on subjects' obedience. The distinction between public sphere and private sphere has been fundamental until the XX century, but today it seems overcame by the notion of globalization. We can describe this turn by means of a change of images: from the pyramid to the net; the relationship between vertex and base is substituted by an excluding alternative between an "inside" and an "outside". 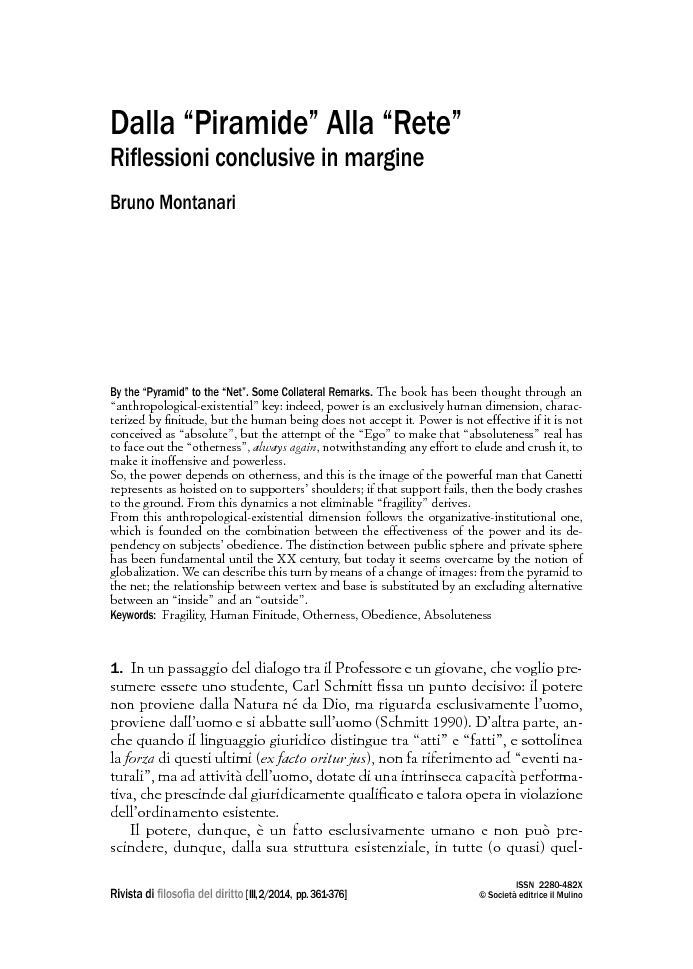