This paper, structured as a comment on Ferrajoli's constitutional theory of law, argues for a theory of law fit for the Latin legal experience. Criticizing mainstream Anglo-Saxon legal philosophy, the author stresses the need for a pragmatic theory of law, defending a post-positivist theory of law. This theory establishes a certain conceptual connection between law and morality and recognizes the role in the legal domain of principles to be balanced, next to rules to be applied. The role of principles must also be explained through the need to make reference to values, and not only to authority, in order to understand the law. 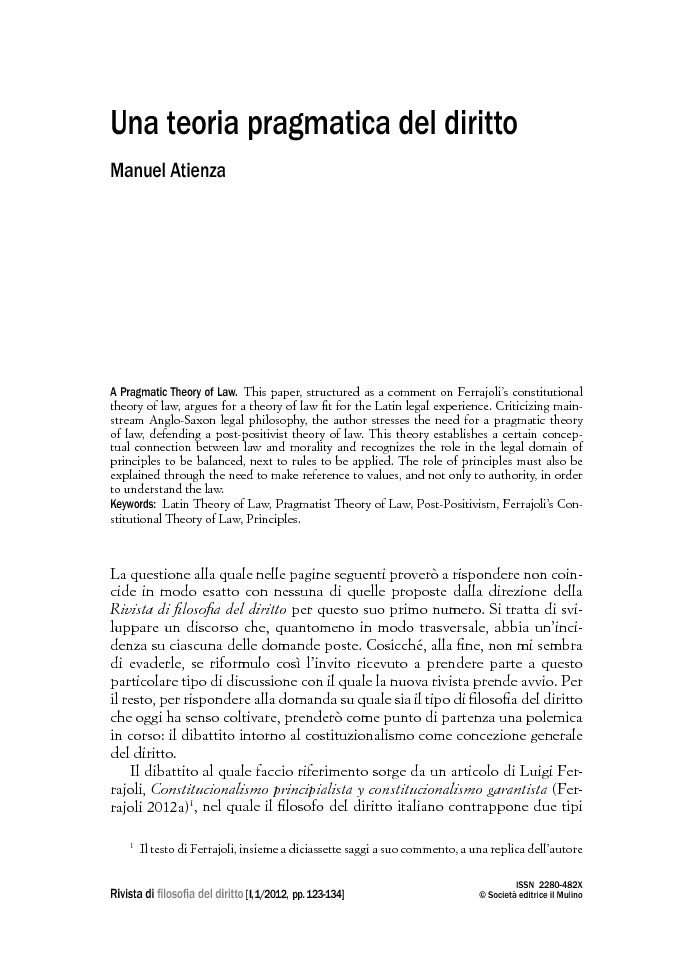