This short essay addresses several topics, including comments on the Hart-Dworkin controversy and on Hart's Postscript. Its main argument, however, concerns some of the differences between Hart and an Italian author, Uberto Scarpelli, an important Hart scholar in Italy. The two authors' basic philosophical ideas are similar in several respects, the main difference being that Scarpelli constantly applies very general philosophical ideas to his legal theory, such as empiricism, non cognitivism and prescriptivism, while Hart leaves them in the background of his ordinary language analysis and rarely even mention them. My position is that this attitude, typical of Hart's Oxford analytical philosophy, has weakened Hart's reaction to Dworkin criticism. 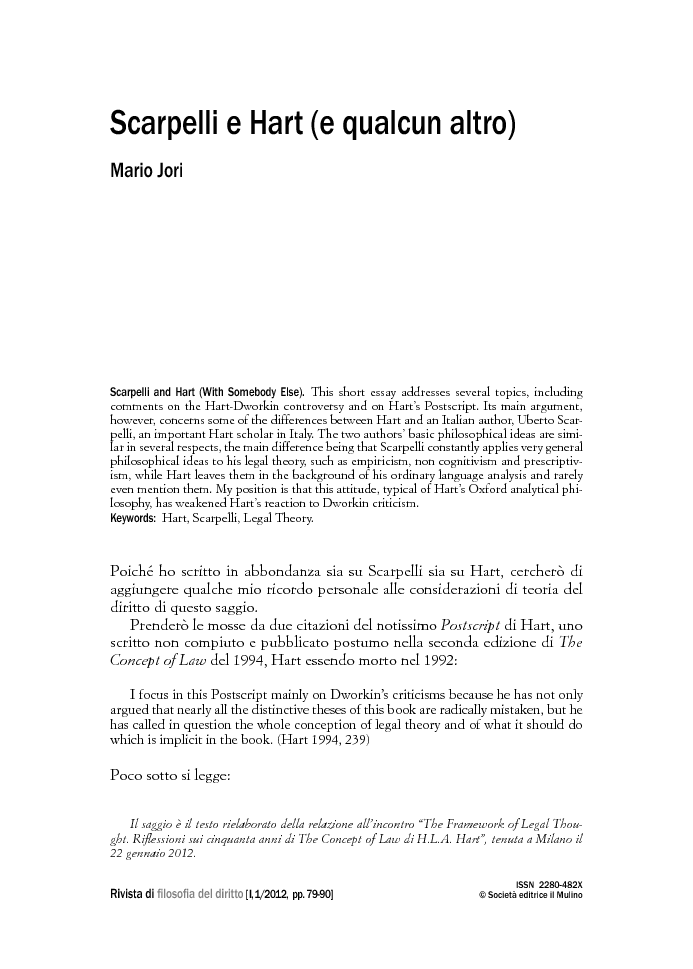