Migration seems to be the only revolutionary strategy left to the destitute and poor, not to speak of the persecuted and exiled. Masses of people are on the move in search of a better and more dignified life. Borders are therefore challenged in so far as they are an obstacle to this massive migratory movement and the underlying aspirations. Here we face a clash between two normative criteria. On the one side, we have the right to migrate and have access to a country. On the other, we rely for citizenship on the power given to subjects to conventionally define their political identity and membership conditions. Democracy is built upon a virtuous circle between the political rule and the self-definition of the rule itself. Such “virtuous circleµ may have exclusionary effects on those that claim to be included under the rule and its definition. The tragic implications of such clash can and should be minimized, by giving prima facie priority to hospitality and by making border porous. But borders will nonetheless remain to legitimately guarantee the self-definition of democratic citizenship, which however should be activated in a cautionary way. This opposition of normative claims, that are both basic for the human condition and its operations in a community, may let us doubt about the possibility of a definitive “one right answerµ. 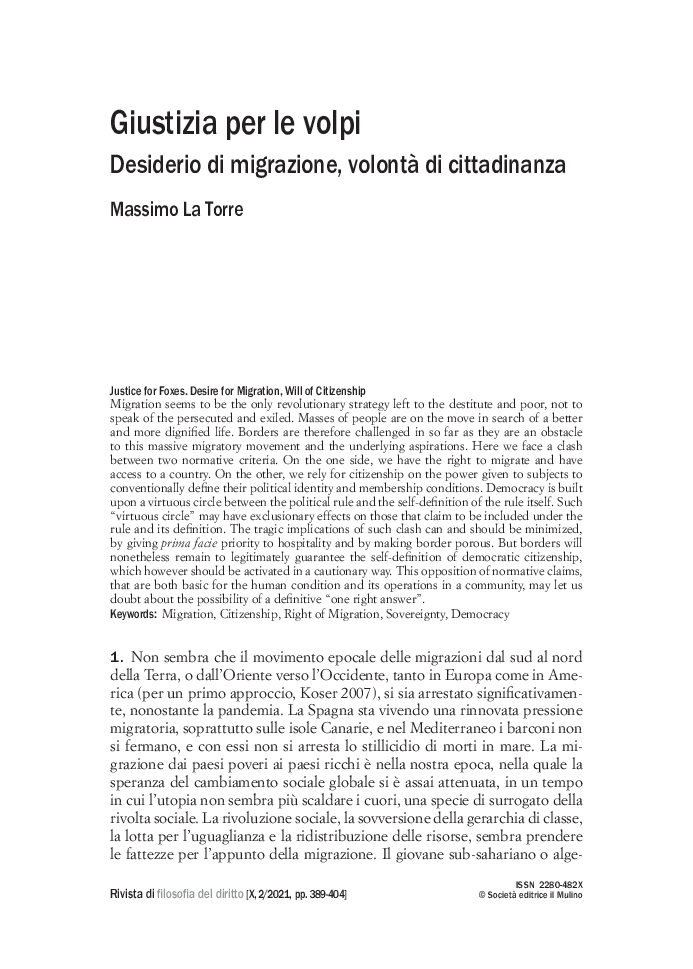