Cicero made a crucial contribution to the construction of both the European as well as the Western intellectual lexicon, and the one related to political philosophy and legal philosophy. In particular, his works mark a major turning point in the history of philosophy of law. However, his theorizations have not always been adequately inquired and deepened. Therefore, new interpretative paths can be developed, by starting with the very idea of law stemming from his pages, his perspective on the res publica, and his elaboration of bellum iustum. Such paths lead to multiple developments and involve interactions with various “disciplinary fieldsµ. Nonetheless, the idea of an “open archiveµ seems to best represent the value of his works. As a matter of fact, this very idea not only allows to understand a particular historical period of the past, but also to gain useful insights into the understanding of the present, conceived as an era of crisis. In this way, his thought also provides fertile ground hints for facing a new challenge for the legal-philosophical perspective: the didactics of law 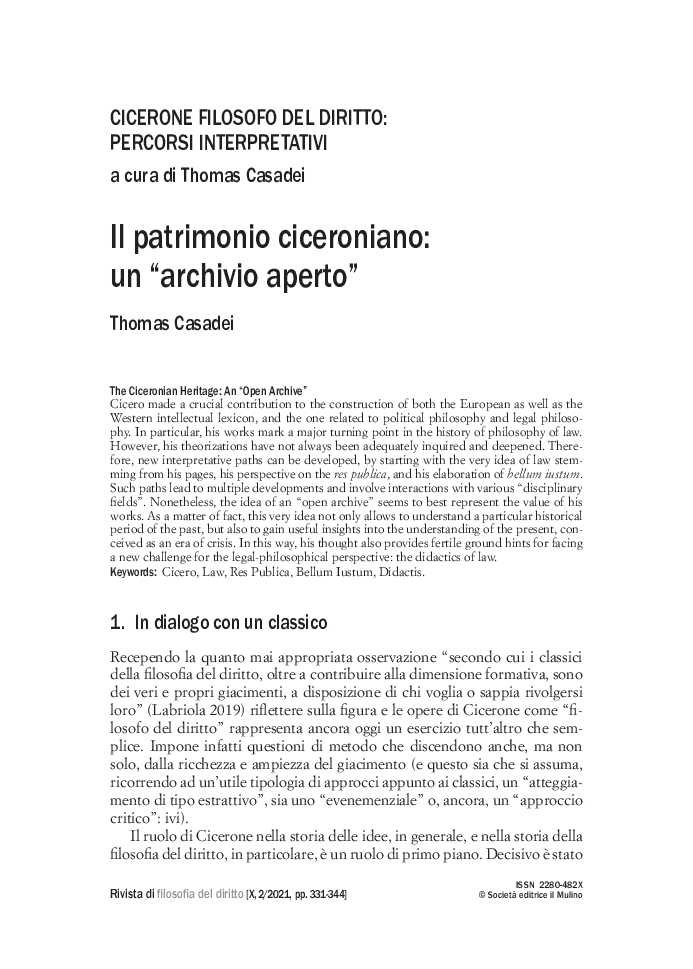