In earlier work, I argued that we face a governance gap when it comes to protecting future generations and that institutional expansion is required. Do we also need conceptual expansion? Are we in the grip of, say, conceptual short-termism as well as institutional short-termism? In this paper, I explore one candidate for conceptual expansion, that I (initially and tentatively) call “intergenerational extortionµ. My main claims are: (first) that there is a clear, identifiable threat in the intergenerational realm that resembles traditional extortion: (second) that this threat has immediate significance in light of current proposals to “make the grandchildren payµ for climate mitigation; and (third), that its relevance is not undermined by various disanalogies between it and more familiar cases of extortion. 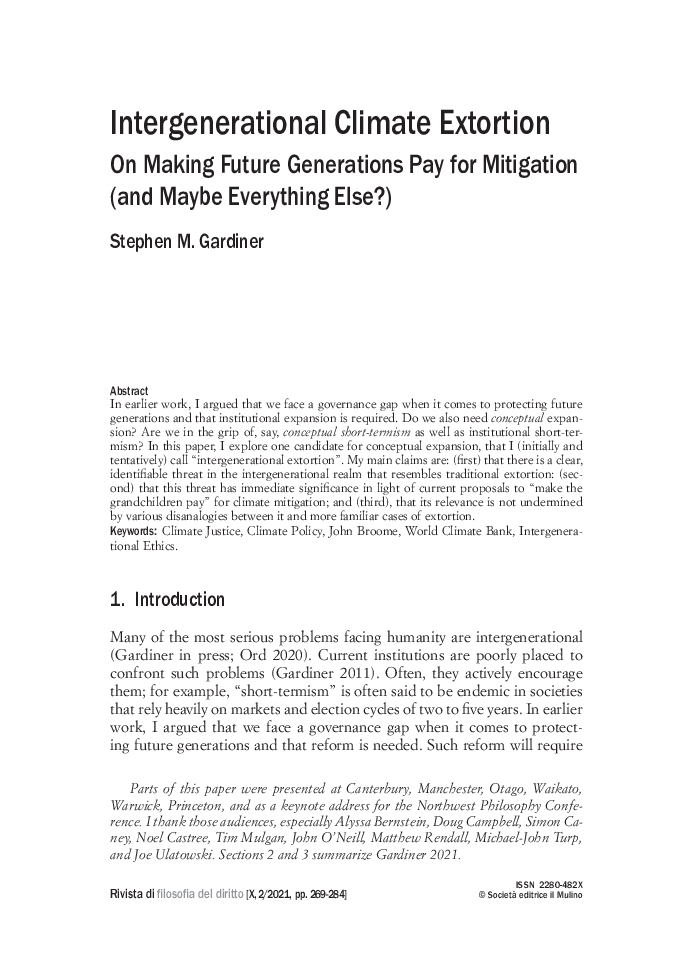