The article analyzes two lectures given by Claude Lévi-Strauss on Montaigne. In a first conference in 1937, Lévi-Strauss refers to Montaigne as a forerunner of ethnology as a revolutionary science and of its indissoluble link with criticism. In the second conference of 1992, Lévi-Strauss shows how the ethnographic data relating to the so-called primitive peoples, the cold or stationary societies, appear as an index of discontinuity in the discursive formations of the Modern Age. According to Lévi-Strauss, it is a question of grasping, following Montaigne's teaching, a discontinuity in the ways of life of different societies in space and time, which the ethnographic gaze makes visible. It is a certain capacity of a certain society to make use of life, which manifests itself in the different habits of a society, in its forms of life and in the discrepancies that are concentrated in the heart of culture and which confer them, in this way, its singularity. The peculiarity of the "police" of wild societies. Here is the great ethnological lesson of the Essais of Montaigne. 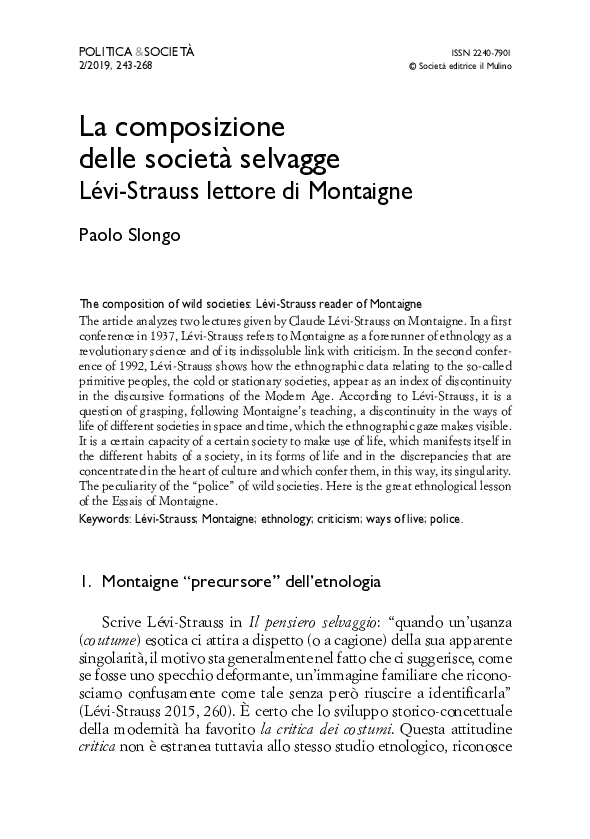