Populism puts the nation first and defends nationalism on the basis of a moral obligation that has its origin in national identity. The moral framework of populism is similar to that of communitarianism, even though the latter denounces the xenophobia, chauvinism and aggressiveness of the populists. Meanwhile, also many liberals believe that the current political crisis can only be explained by the neglect of the idea oft h e nation in recent decades. Therefore they are in favor of nationalism. They emphasize, however, that liberal nationalism should not be confused with populist nationalism. Where populism has formed in opposition to liberalism, liberal nationalism is based on individual freedom. This essay deals with the question of whether nationalism can be justified from a liberal point of view. It argues that liberalism is incompatible with nationalism. Nationalism cannot justify either positive or negative freedom. First, every form of nationalism is morally relativistic, in the sense that it cannot be said whether the nation realizes moral values or not. Second, only personal identity and not individual freedom can be the source of nationalism. The resulting obligation of national solidarity, however, is in contrast to fundamental freedoms. The essay concludes with the suggestion that nationalism must be governed and shaped in order to counter populism. 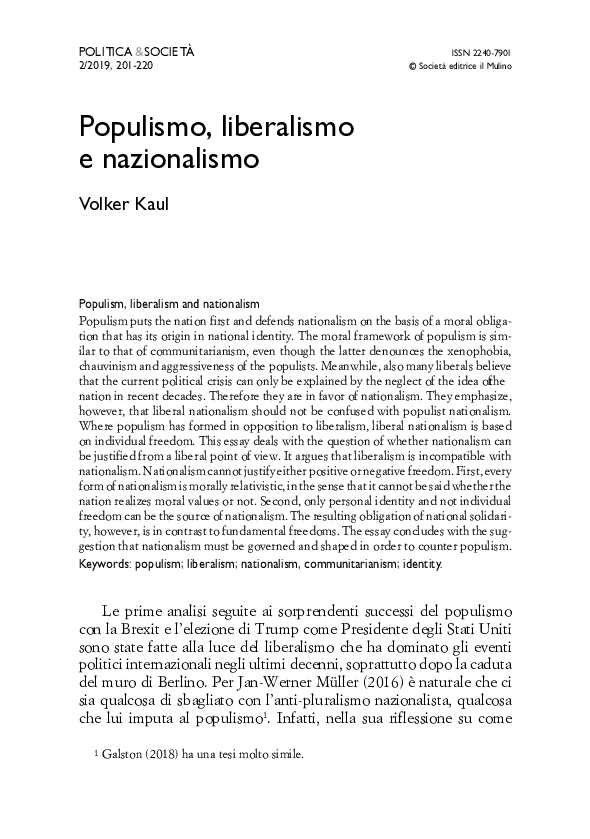