After more than twenty years of vitality, the great globalization debate is currently experiencing a state of stagnation. Nonetheless this essay argues that the notion of globalization can remain fertile, if it is interpreted philosophically and if its age is read through the prism of a geographical pattern: the sphere. Following a brief introduction, the first section explains the fundamental distinction between the cartographic pattern of modernity and the spherical one of postmodernity. The second paragraph deals with a particular property of the globe, its three-dimensionality, ascribing to it the origin of the much-discussed crisis of both the idea and the practices of political representation. The third part focuses on a second characteristic of the globe, its impermeable closeness, attributing to it the obsolescence of the philosophico-political category of hegemony. Globalization would not be just the epochal horizon which hosts conflicts of power, but it would be in itself the bearer of a networking, unrepresentable and post-hegemonic power. 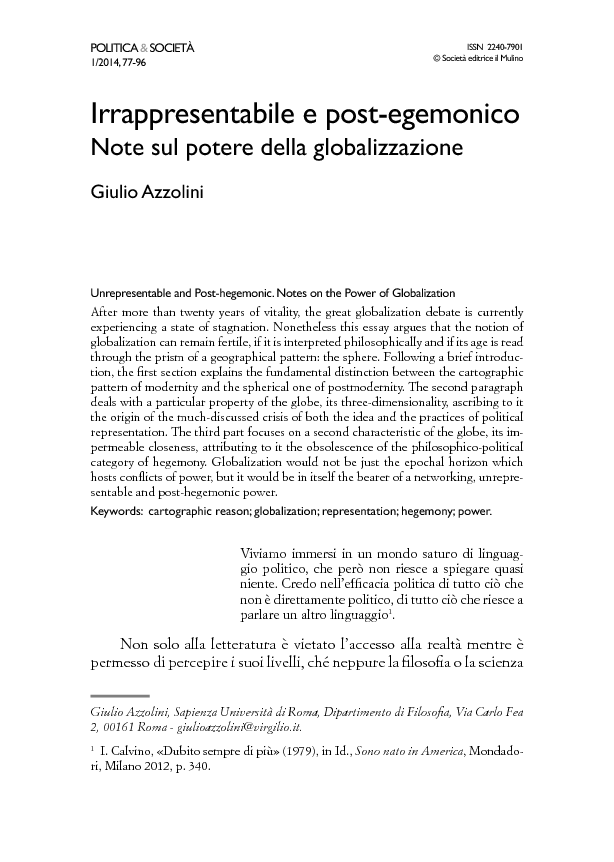