Many contemporary philosophers reflect upon the political, social and ethical value of the faculty of imagination, emphasizing its bond to social justice and the forms of collective action, as well as its centrality in the sphere of emotions and of human relationships. Less investigated is the link between political imagination and the construction of tangible and intangible boundaries which produce the sense of belonging to super-individual entities as well as processes of estrangement towards the "other". Imagination can be transformative or regressive, offer the opportunity to rethink the models of democracy and the forms of associated life - spaces, practices, human rights in a global perspective - but can also be at the root of violence, hate speech, populism and xenophobic policies. Against this "sad passions", political imagination is called to find the antidote in itself. 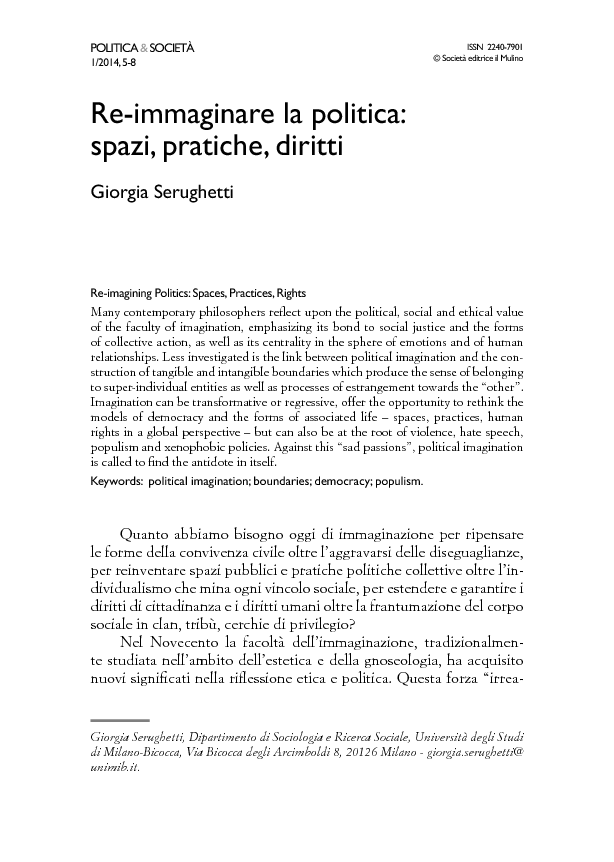