Since the recent global crisis demonstrates the failure of the neoliberal model of development, we urgently need a change of paradigm. This essay aims to focus on the theme of commons, as a central element of a new model of development. The author analyses the theoretical foundations of the standard modern economics (based on de-socialization of individuals, naturalization of economics and depolitization of society), to which she opposes the conception of the individual as a relational being. The argument is based not on an anti-modernist point of view, but on the consideration of modernity itself as a field of tensions. In opposition to some of the dominant tendencies of the recent debate about commons, the fundamental thesis of this paper is that they can only be considered and valorized in a triangular scheme (public-common-private), recognizing the centrality both of institutional mediation and of the role of the public sphere and the State (or better: stateness). This is the only premise for a new model of development, based on green economy, commons, and social goods. 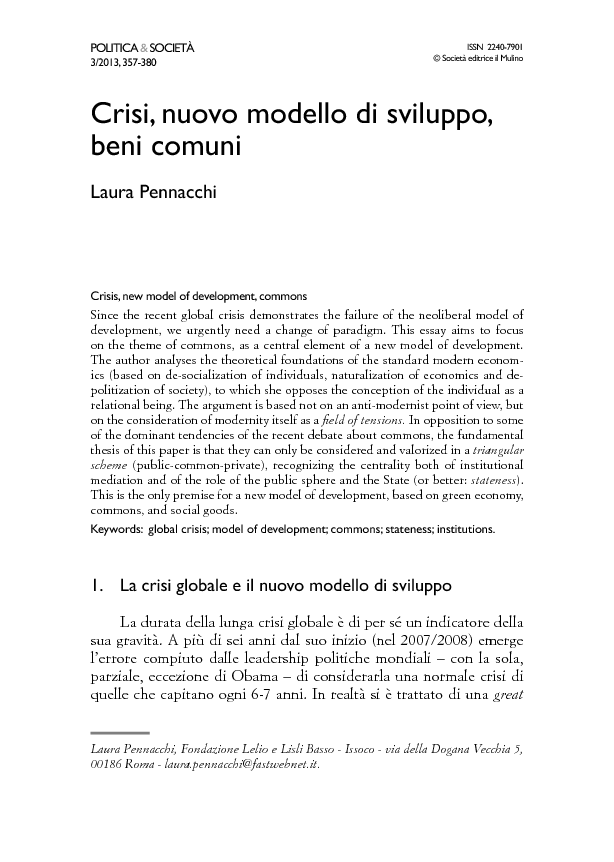