This article aims to sketch the project of a social philosophy in a linguistic-pragmatic perspective, by drawing on a consistent understanding of the twentieth-century linguistic turn. In the first sections (1-3) I address first the concept of 'word' (which is meant to replace the term 'mind') and differentiate between the natural and the socio-historical world; then I develop an idea of action (understood as different from behaviour) as internally structured by a rule. In the second part (sections 4-7) I shed some light on the fruitfulness of my project. I will focus on a field of the social, namely the legal field, as it has developed in "our" West (initially Mediterranean, then European and nowadays European, American, and Australian). Yet, in doing so, I will try to de-particularise this field geo-historically, as the current local-global world seems to require. 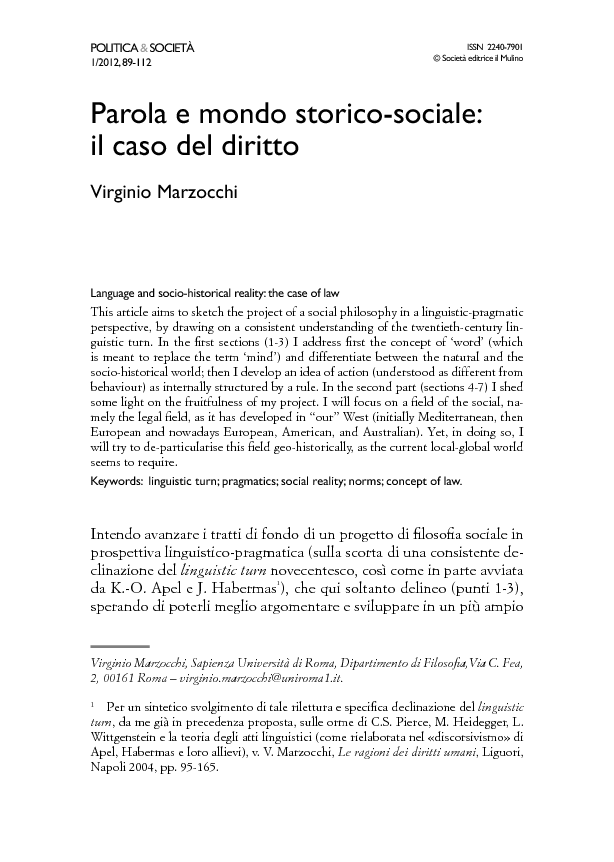