This article presents an interpretation of Leibniz’s Songe philosophique in the context of his metaphysical system. This text (its title is a posthumous addition) was written approximately 1693 and tells the allegorical story of a group of men living in a dark cave. These men are pursuing vain interests such as glow-worms and pieces of rotting wood, which represent the glories, riches, and desires of our world. The narrator, though, who lives among these people, is more attracted to the rays of light that fall into the cave from outside and is finally summoned by a celestial messenger who shows him in a vision the real world beyond the cave. Based on the evident parallels of this narrative with Plato’s famous Allegory of the Cave, my article presents it as an illustration of a quasi-Platonic conception of the relationship between the material and the intelligible world in Leibniz’s metaphysics: The material world, according to Leibniz and Plato, is neither fully real nor absolutely unreal; it is 􀨸􀄲􀄲􀈠􀈞 􀩕􀈞, “less realµ, with respect to the intelligible world, whose secondary expression it is and whose “lightµ is necessary to understand it. 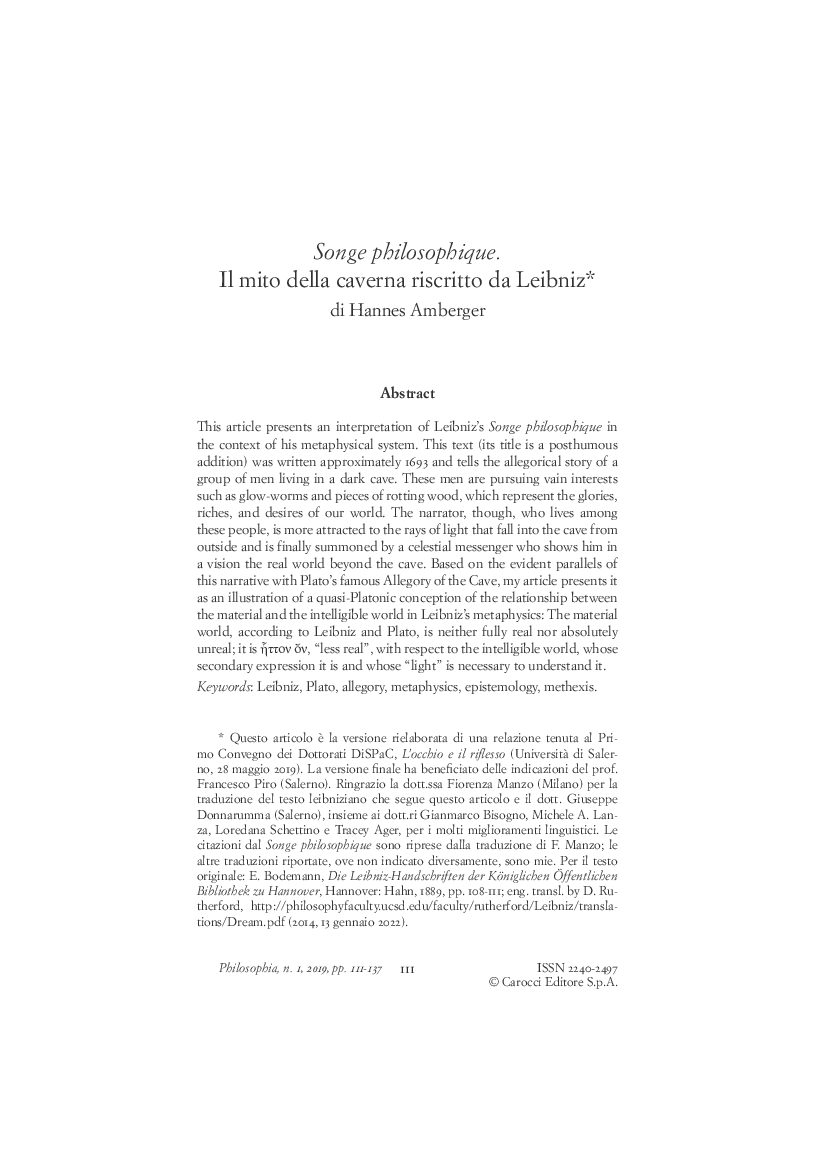