The aim of this work is to investigate the Platonical heritage regarding the ambiguous theme of the voluntary servitude in the philosophical debate between Marsilio Ficino and Giovanni Pico della Mirandola. Indeed, Plato in the Symposium (184 c-d) used this term, traditionally negative in moral sense, with a positive connotation: it was referred to the virtuous bound between the lover and the beloved but also between human beings and virtue in general. In this sense it will be particularly useful to concentrate on the debate between Ficino and Pico about the philosophy of Love. The main works regarding this were the fundamental comment by Ficino to the Symposium (1469) and Pico’s Commento sopra una canzone de amore composta da Girolamo Benivieni (1486). From this essentially moral and theological-metaphysical debate some particular positions about love and friendship will be evident. On one the hand Ficino was reluctant to use the positive meaning of voluntary servitude, on the other hand Pico employed it insistently. This can be explained through the philosophical distances between the two philosophers regarding the role and the limits of the human being in the hierarchy of Creation. While for Ficino the human soul could reach God directly, for Pico this is impossible: to reach the Creator the soul had to renounce to its essence, acquiring the essence of the Angel. 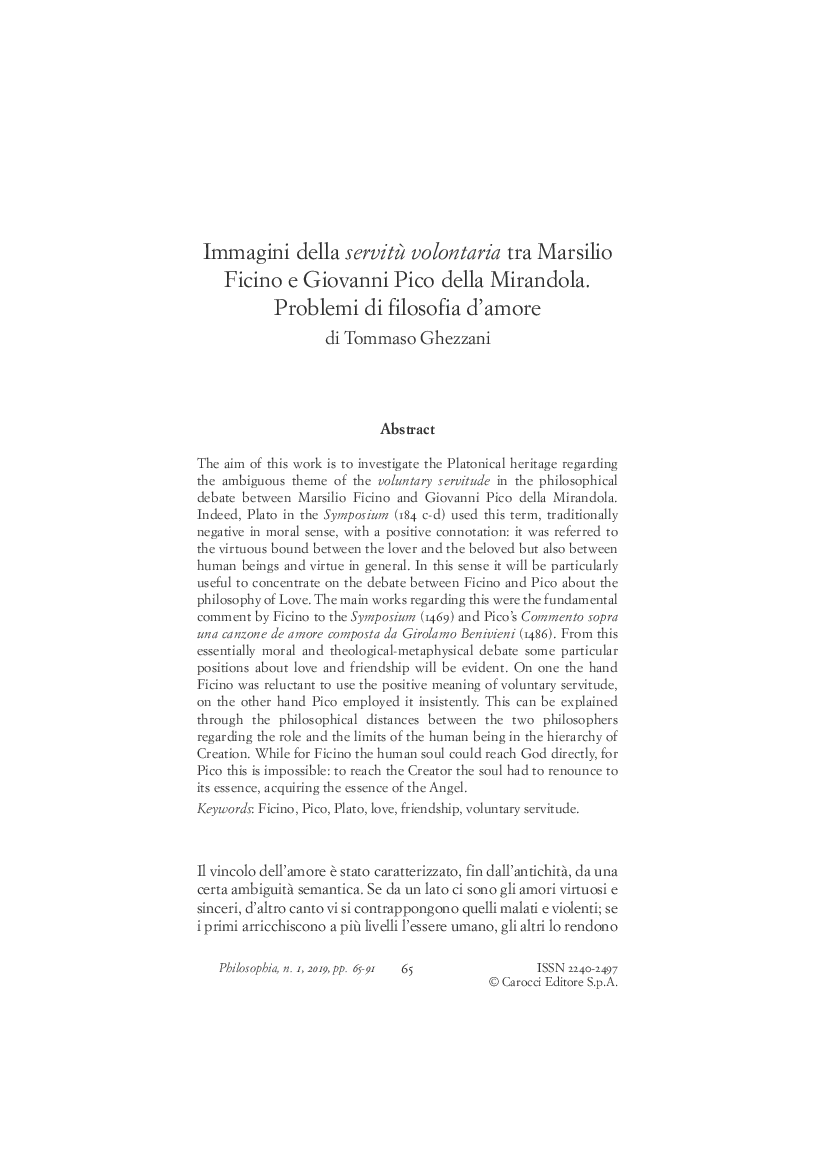