This article is aimed at analysing the transformations of the public sphere in the light of the social process that is defined as «platformization». This process is connected to the growing importance of «platforms» (in their various meanings) and to their role in the development of digital capitalism. The development of the platform society is here related to the dimension of the crisis, that is considered as a paradigmatic condition within which both the fragmentation processes of the public sphere and the communicative tendencies towards polarization move. In this perspective, the operational concept of the post-public sphere has been used. The relationship among the processes of platformization, the fragmentation of the public sphere and the emergence of the post-public sphere is here framed in the light of the neoliberal narrative. The asymmetries of power, that tend to fragment the public sphere,make it a space of potential legitimation of the neoliberal «discourse» itself. The concept of platform is therefore used as an interpretative frame in the analysis of transformations of/in the public sphere as well as a contribution to a redefinition of concepts, tools and methods of political communication. 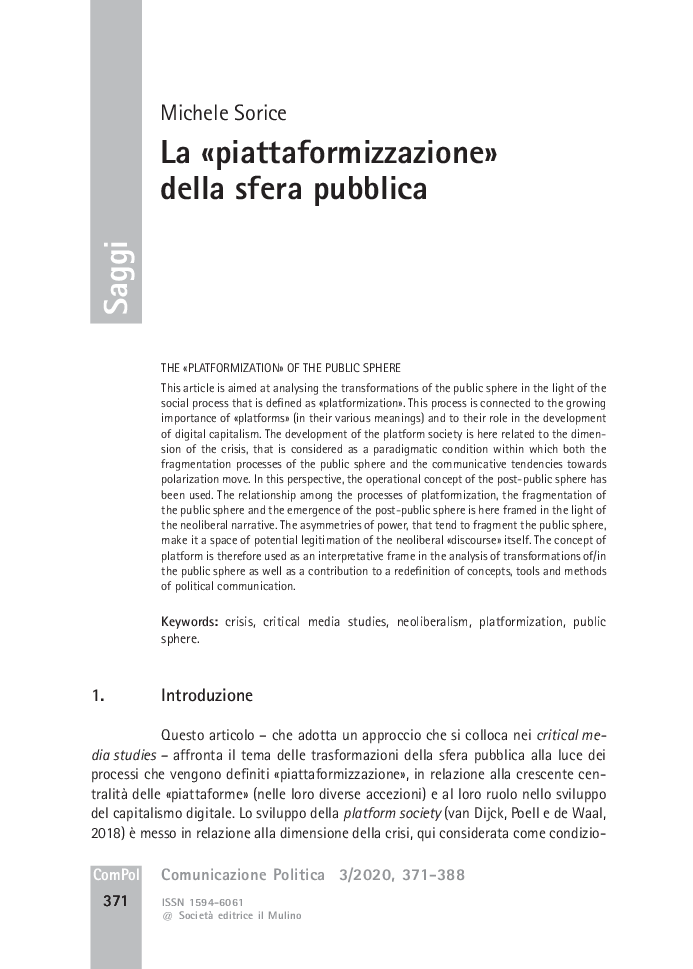