The development of online political communication has profoundly changed the way in which we relate to political reality. Some features of the internet favor the use of fast and intuitive ways of thinking that, despite having various advantages, also come with several drawbacks. These drawbacks are reduced when citizens use slower and more reflective ways of thinking. In this paper, we will see how citizens resort to fast and slow thinking when they use the internet to relate to issues and political actors. In doing this, we will focus on some phenomena that are increasingly investigated by research in the area of political psychology. As for the relationship with political issues, the issue of gullibility, intended as an inclination to believe in unfounded news and from non-authoritative sources. As for the relationship with politicians, the verbal and non-verbal communication dimensions that most and quickly attract the attention of citizens, as well as consensus. The acquisitions of psychological research in these areas could contribute to the formulation of proposals to support citizens to fully use their personal resources, in order to understand and live politics as protagonists. 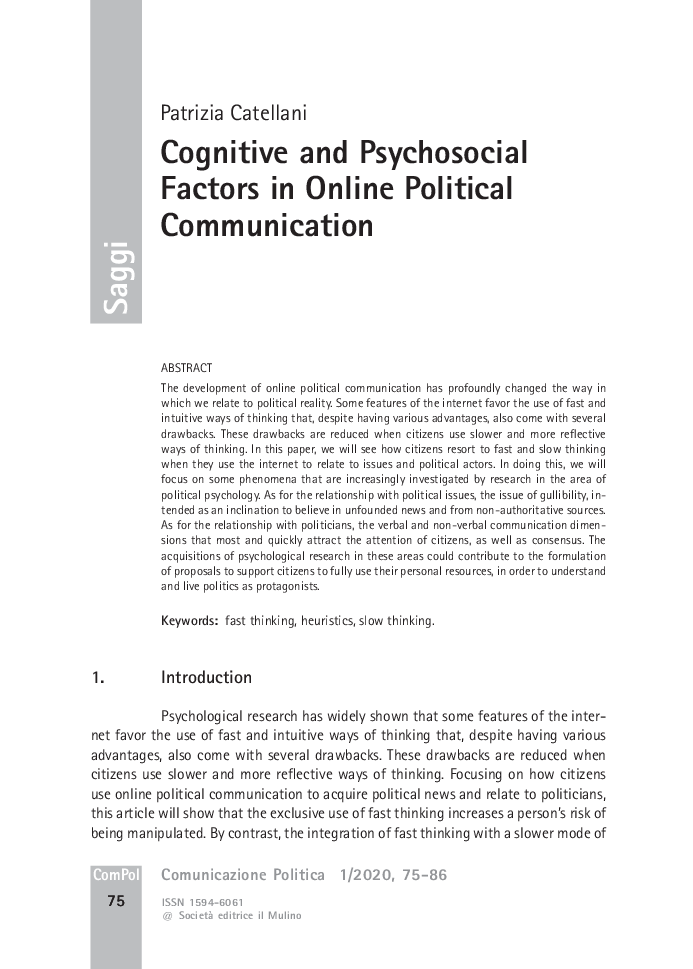