This work explores the connections between fake news and international political communication system, a conglomerate of content and information deriving from the interaction among media, governments and public opinions. Fake news has gained public visibility only in the late years, but some digital phenomena, theorized by Internet scholars before the mainstream explosion of the concept, seem particularly effective to describe fake news as a political weapon. At the same time, other ideas retrieved from International Relations literacy fit in the explanation of information management as a way to affirm supranational stance. This interdisciplinary article summarizes some of the most outstanding theoretical contributions to explain the longstanding motivation moving State-sponsored activities in the digital informative arena, suggesting the adaptation of political strategies of communicative power construction in the networked production of contentious narratives. The first section of the article summarizes the tendencies of international communication, focusing on so-called arrested wars and contentious information. Consequently, we suggest how some basic concepts explaining online communication can be adapted to enlighten the development of networked strategic narratives. Finally, a specific reflection is devoted to the role of the State in the organization of the immaterial information environment to restore credibility and soft power. 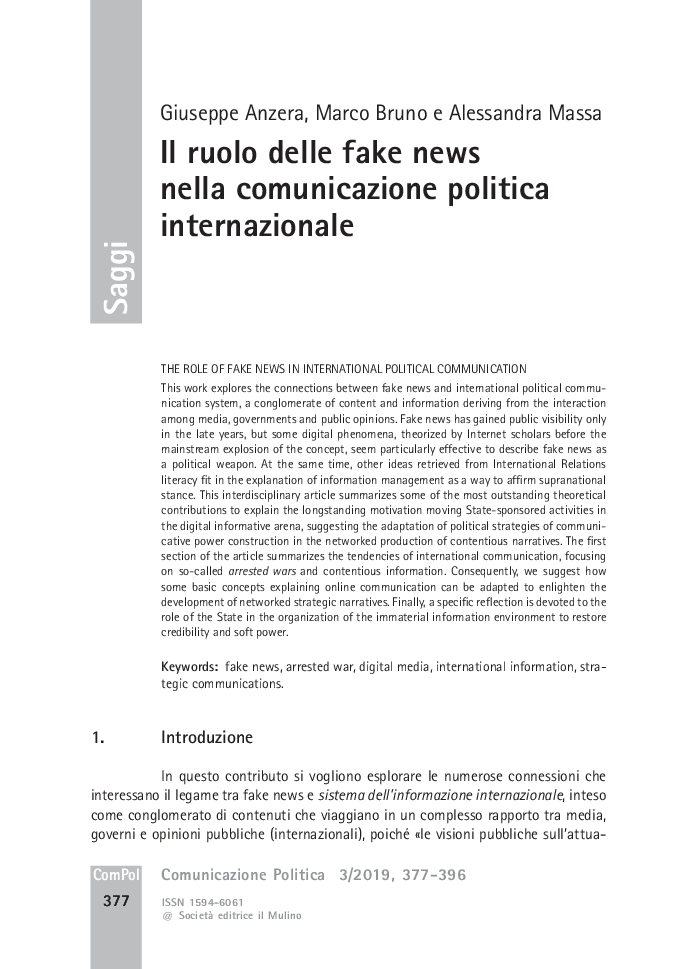