In a «Society of Spectacle», where the social life is influenced by technology and images, also politics become a part of spectacle. One of the most important effects the spectacle of politics has is the growing significance of the political leader's body. The article focuses on Grillo's body in a variety of aspects, ranging from the physical presence in theatre to the mostly virtual presence in television and internet. Particularly, the identity of Beppe appears in two different ways that don't seem to coincide: While on the one hand it turns out to be a trickster-clown, on the other hand emerges the figure of a heretic-saint. The core of the analysis is the body as a source of metaphor in Beppe Grillo's writing. Here we find a hybrid object, where the body's images gain ground and overrun the rational argumentation and even the emotional contents of writings (blog). Descriptions of body perceptions, reactions, affections in Grillo's writings form a fundamental pattern used in order to give an interpretation of politics. The body becomes one of the most significant sources of meaning and symbols which constitute the symbolic structure of the post ideological way of thinking. This way of thinking ultimately distinguishes the M5Stars movement from its beginning to nowadays. 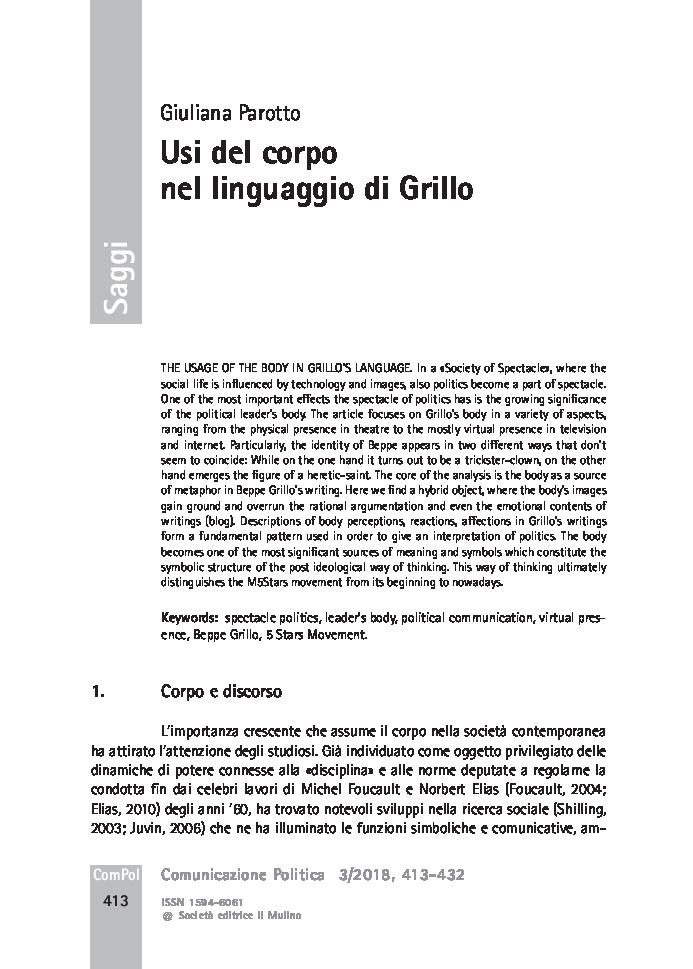