In recent years the UK Independence Party became an influential force in Britain, as made evident by the Brexit referendum, which however proved to be its swan song. Based on a tripartition of variants of populism, this article sets out to assess empirically the usage of populist categories in the discourse of Ukip under Farage's leadership. Firstly, recalling the array of factors at various levels that caused or facilitated the rise of the party, we state our focus on actor-centred ideational strategies. Secondly, we discuss a gap between existing descriptions of the populist vein of the party and the main conceptualisations of populism devised within the related body of literature. Thirdly, after having discussed the commonalities between ideological and discursive approaches to populism, we take a further step towards their reconciliation by outlining the contours of a «strategic constructivist» theoretical perspective. Finally, we perform qualitative analysis of the leader's keynote speeches delivered at party conferences in 2011-2015, which arguably best represent the discourse of Farage's Ukip. The analysis reveals the framing of «empty signifiers», such as the «elite» and the «people», that were given different but skilfully reconciled and occasionally blurred meanings, consistent with the political context and strategic aims. 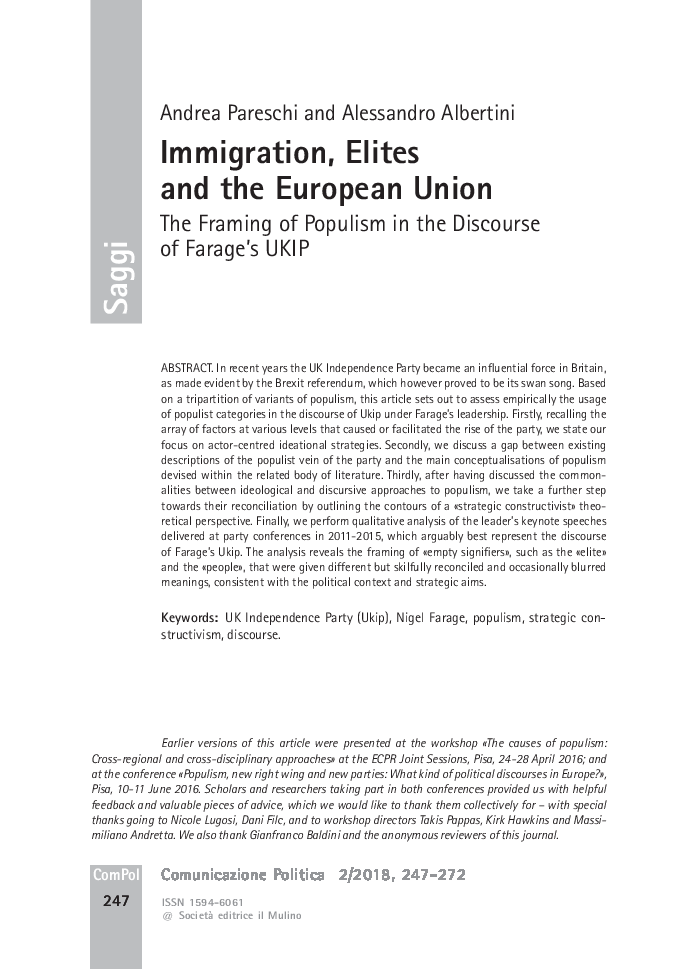