The aim of this study is to examine how and when Hugo Ch.vez chose to appeal to certain emotions in his discourse as a strategy. When did he decide to use positive emotional appeals such as enthusiasm, pride, amusement or sympathy and when did he resort to negative appeals such as anger or anxiety? This research attempts to answer these questions by using theories and frameworks of emotional appeals (Brader, 2006) and affective intelligence (Marcus, Neumann and Mackuen, 2000). The study uses a classical content analysis to identify words that appeal to either negative (fear, anger and anxiety) or positive emotions (enthusiasm, pride, amusement and sympathy). The results show that Ch.vez was more likely to attack his opponents and to use anger appeals when inflation rates were high. The results also indicate that Ch.vez used sympathy appeals when his popularity ratings were high, and anger and anxiety appeals when they were low. The study concludes that Ch.vez was able to collectivise emotions across millions of people in Venezuela who felt connected, first emotionally and then ideologically, with his Bolivarian revolution. 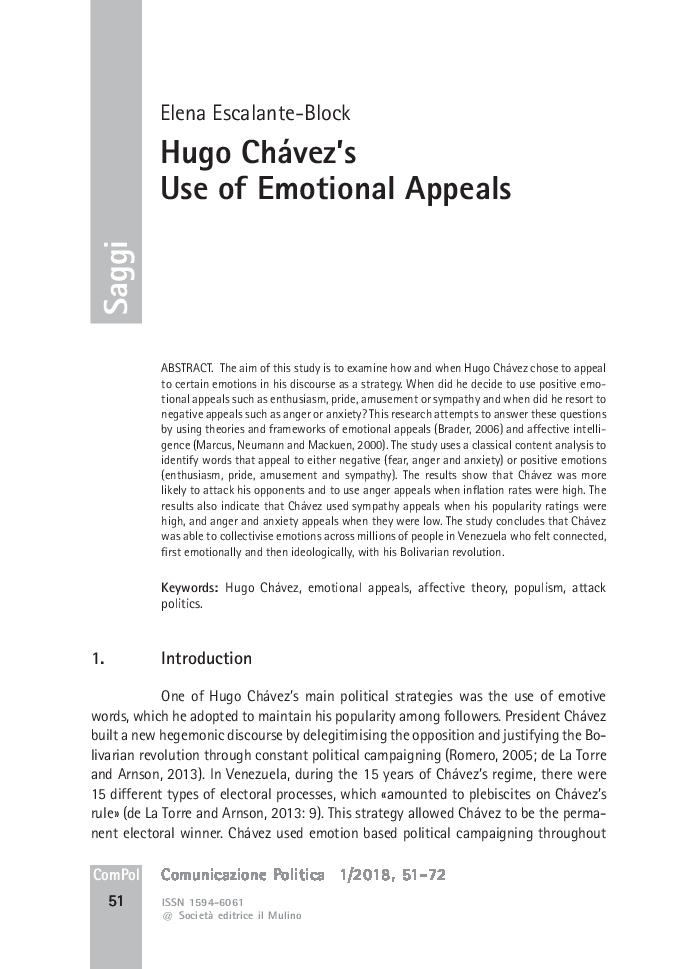