Most discussions on far right politics ascribe much power to the media, suggesting that news coverage can facilitate the success of these actors by providing legitimacy and visibility to their leaders and issues. In so doing, this scholarship reproduces the idea that far right actors are «hapless victims» of external circumstances, failing to see that they can at times be the shapers of their own fate, determining their own visibility and success with their media strategies. To address this issue, this article looks at the interplay between internal supply-side factors and media coverage of Casa- Pound Italia (CPI), a non-established actor of the Italian far right. We use Political claims analysis (PCA) to analyse press releases and media reports of CPI's activism. We conduct logistic regressions to look at whether issue characteristics (saliency and ownership), repertoires of action (conventional vs protest) and controversy (counter-mobilization) increase the likelihood that the activities of CasaPound Italia get coverage in the news. Our results indicate that media strategies by the far right increase the likelihood of news coverage, so that quality newspapers give attention to specific types of events promoted by CPI, such as when they mobilize on immigration, engage in street protest and create public controversy. 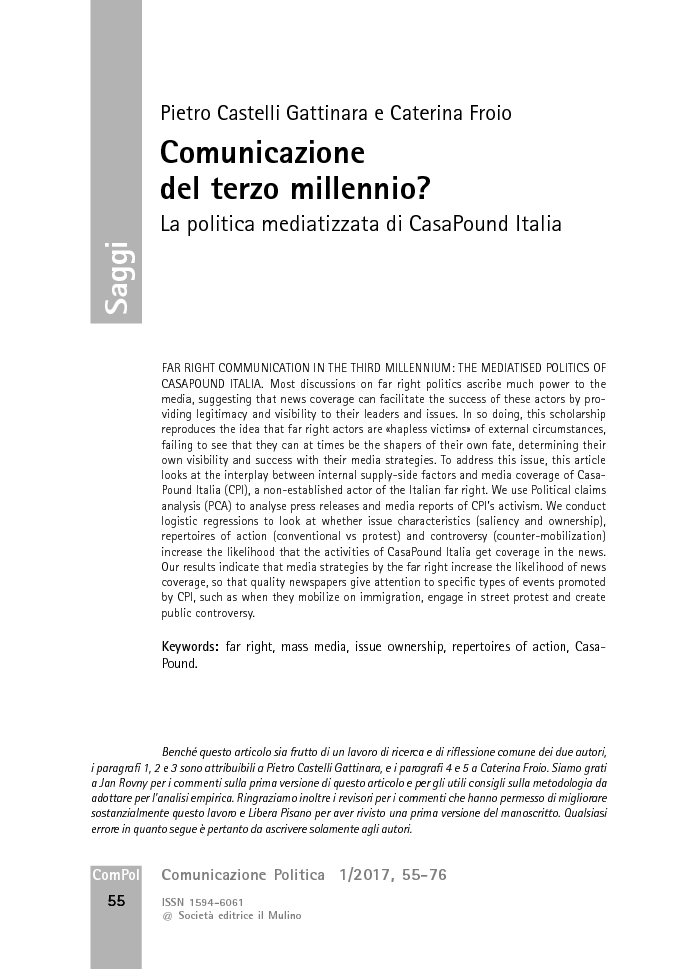