The 2012 French presidential campaign was impacted by a variety of actions proposed by the campaign teams to online users, or initiated by the online users themselves, to become engaged online or offline in support of a candidate. The profusion of these practices leads to questions regarding the techniques and notions necessary to their investigation, the elasticity of the concept of political participation, as well as the ties between online practices and the conventional practices of engagement and activism (e.g. the propensity to discuss politics or one's attendance at a political meeting). This article defines a categorization as a basis to investigate the various political participation activities carried out during the campaign. The aim is to explore, on the one hand, the variations that can be observed in the socio-demographic profiles according to the type of activities carried out online, and on the other, the links between online and offline participation. This analysis is based on data collected during the three weeks following the presidential campaign, by means of a questionnaire sent to 827 French online users who had used the Internet for elections-related purposes during the campaign. 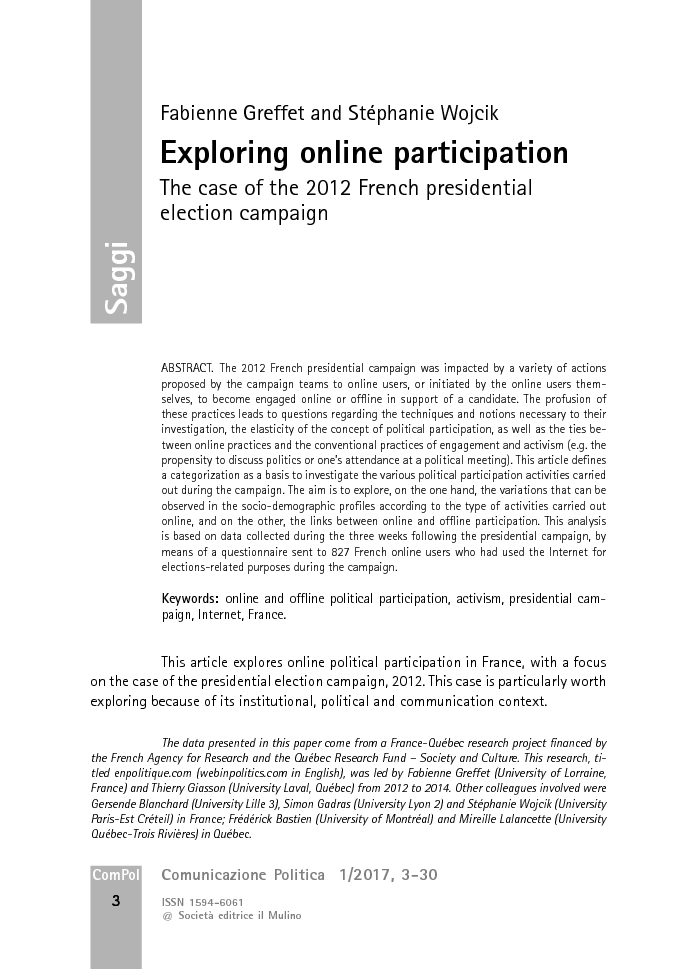