This paper challenges the idea, often taken for granted, that the popularization of political leaders through the media is a recent phenomenon. Focusing on the Italian context from 1945 to 1958, it analyses a few weekly news magazines to verify whether or not relevant forms of popularization of political leaders already existed. Le Ore, an élite weekly news magazine and two mainstream popular ones, Tempo and Oggi have been analysed. Some recurrent themes and the rhetoric of popularization are highlighted, while the differences separating the magazines are also taken into account. The main finding is clear, in Italy, during the first age of political communication, a large and visually rich set of popularised photographs of political leaders, embedding different forms of poetics and politics of representation, were often displayed , both in élite and in popular weekly news magazines. In some cases informal, or even private, pictures were published as magazine covers. This widespread media culture might have influenced the forthcoming popularization through televised political communication . What we can certainly confirm is that magazines started to circulate popularised images of political well before the advent of the television. 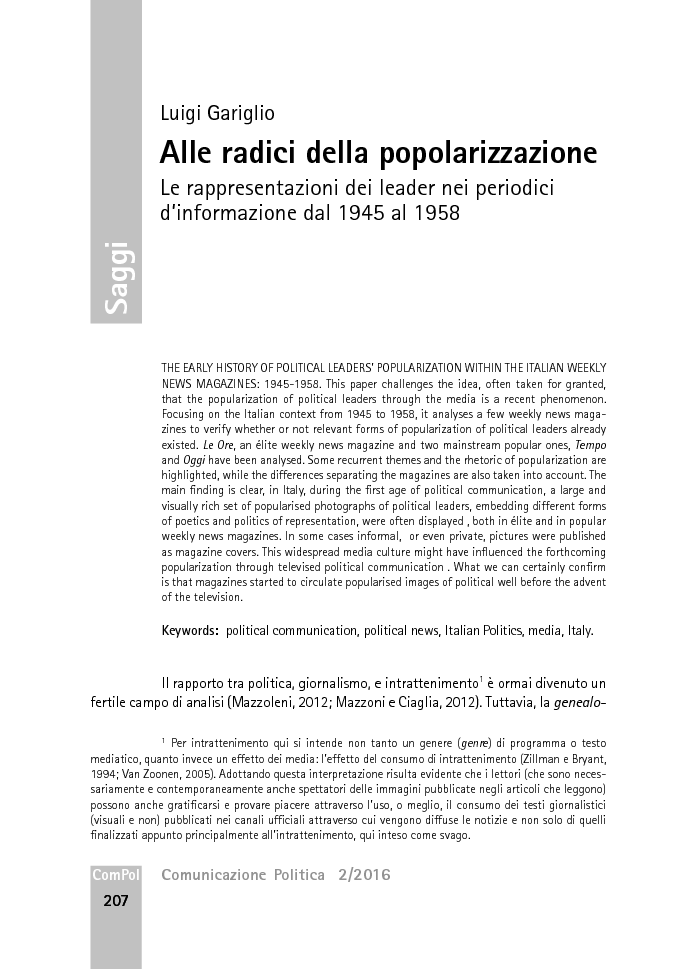