The 2014 European elections were characterized by the electoral growth of Eurosceptic parties. However, the party-based Euroscepticism is only one side of the coin, the Eurosceptic feelings of the public opinion need to be taken into account. Referring to the 1999, 2004, 2009 and 2014 European elections, this paper aims to explain both Eurosceptic voting and feelings in relation to macroeconomic variables. After investigating the concept of Euroscepticism, the first part provides a descriptive analysis of the electoral performances of Eurosceptic parties in the 28 EU member states, by making a distinction between the elections held before (1999 and 2004) and after the outbreak of the economic crisis (2009 and 2014). The same descriptive strategy is employed to observe the public Euroscepticism. The second part provides inferential analyses to explain both party-based and public Euroscepticism and how they affected the behaviour of voters. To this end, the article focuses on: 1) macroeconomic variables; 2) control variables related to the incidence of the electoral campaign, the relationship between the European Union and its member states, the level of economic wealth of the member states. Even the economic crisis is conceived as an intervening variable. The article shows that the change in the unemployment rate is the most significant independent variable. 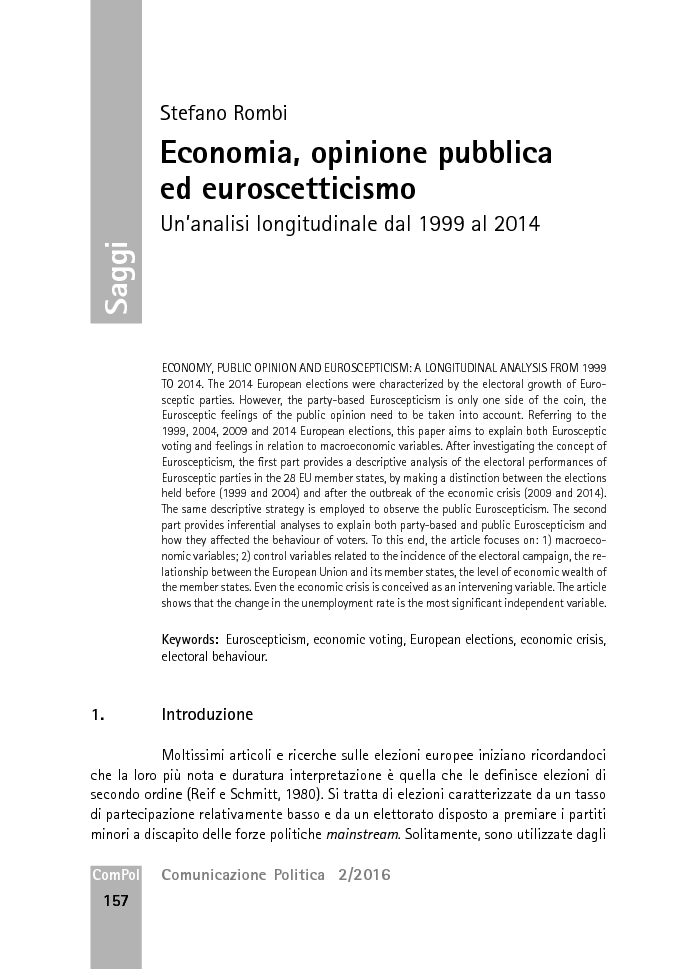