Modern political scientists simultaneously re-negotiated the aesthetic dimension of politics, the importance of political metaphor and the multiple/contradictory role of visuality, as it creates reality aesthetically, especially if understood as a mirror of political conditions. Taking for granted that pictures within the internet constitute a kind of archival material that constructs our public (political) memory, we utilize them in the context of the under formulation field of «visual political science» in order to examine firstly the iconologically constructed «political body» of the Greek ex Prime Minister G. A. Papandreou and its contribution to the «humanization» of politics and secondly to what degree the photographical portraits of G. Papandreou were part of the official, generally admitted and institutionally or psychologically legalized aesthetical and ideological proposition of his period, or, on the contrary, if they were oriented towards rupture and creative critique. 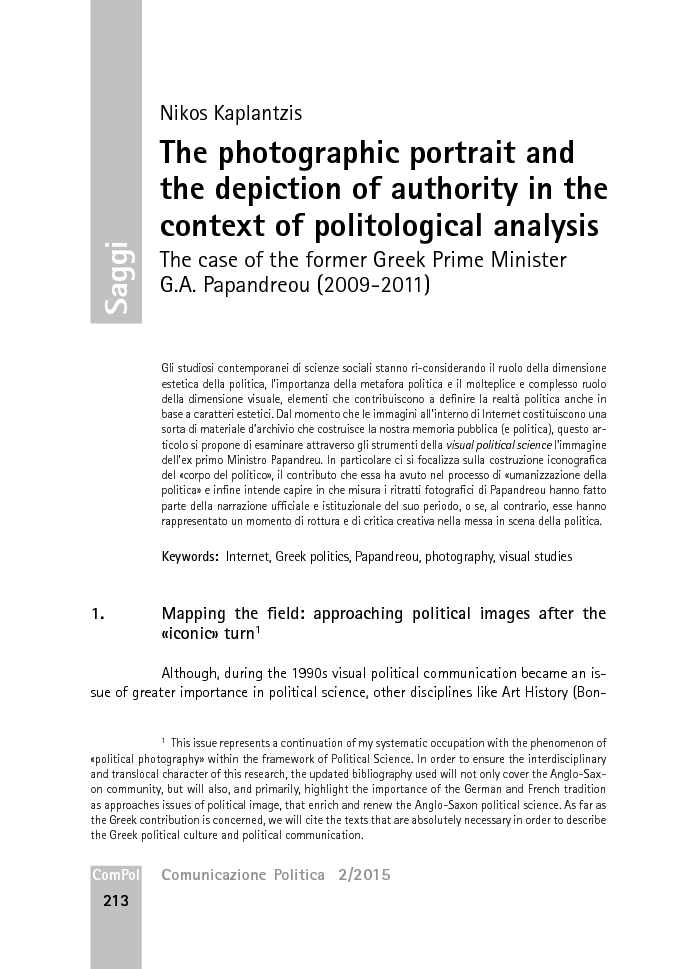