The paper argues that it is helpful to distinguish between two conceptions of populism - populism as ideology and populism as a political strategy. These two conceptions, which have their origins in different strands of the literature, do not necessarily go together, but in the shape of so called «movement parties», especially populist parties of the radical right, the two versions of populism are typically combined. After having clarified the concepts, the paper explores the general precondition for the contemporary rise of such «movement parties» in Europe - a crisis of representation that undermines the citizens' belief in the redemptive capacity of democracy, as well as two sets of facilitating conditions - the role of the media and the role of the economic crisis. The argument developed here builds on and refines some of my recent contributions to the same topic. 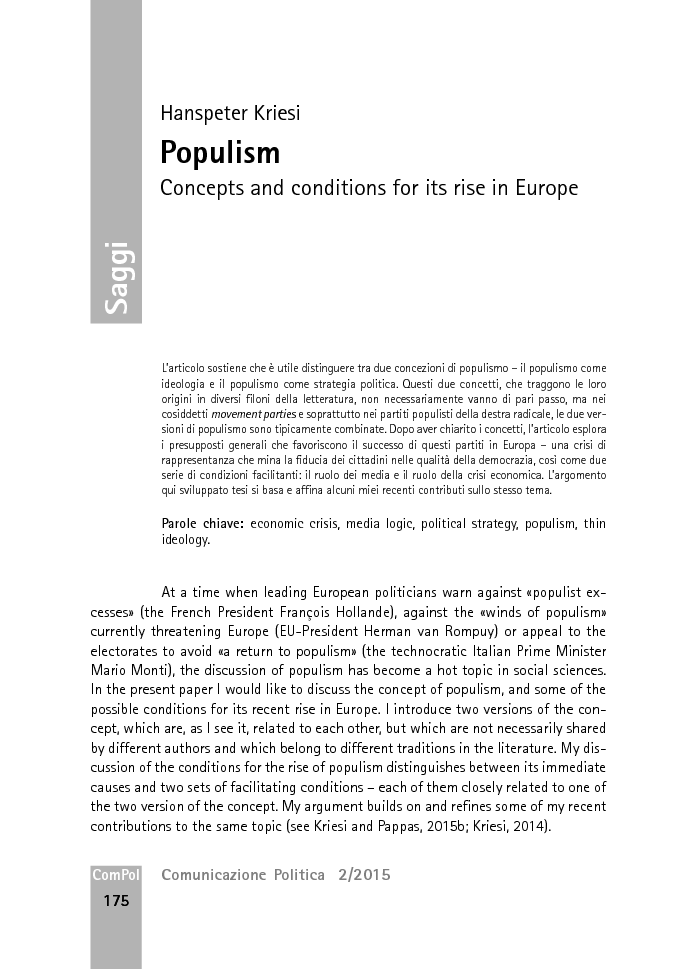