In 2003 Reporters Without Borders (RWB) published a report in which it brought to light the ongoing collusion between political powers and average derivative of media concentration in the hands of the Italian group Mediaset. Ten years later, the pattern of this «Italian anomoly» mentioned by RSF has been reproduced in the Spanish media system in general, and particularly within television programming. Mediaset España and group Atresmedia dominate 56.5% of the market share and control 88% of sales publicity. Through Fininvest, the family of the ex-prime minister Silvio Berlusconi controls 41.5% of Mediaset, the umbrella corporation for Telecinco, Cuatro, LaSiete, Factoria de Ficción, Boing, Divinity, Energy, Nueve, Telecinco HD and Cuatro HD; the group Atresmedia is controlled by the Partnership of the former Spanish publishing group Planeta and the Italian De Agostini, the largest shareholder with 44.5% of the share capital. The vice-president is Maurizio Carlotti, who arrived in 2003 to direct Telecinco. These processes of concentration dilute the pluralism and dynamism of the Spanish media, as well as the free-market, and the ability of foreign corporations to purchase national audiovisual rights for the retransmission of audiovisual content. 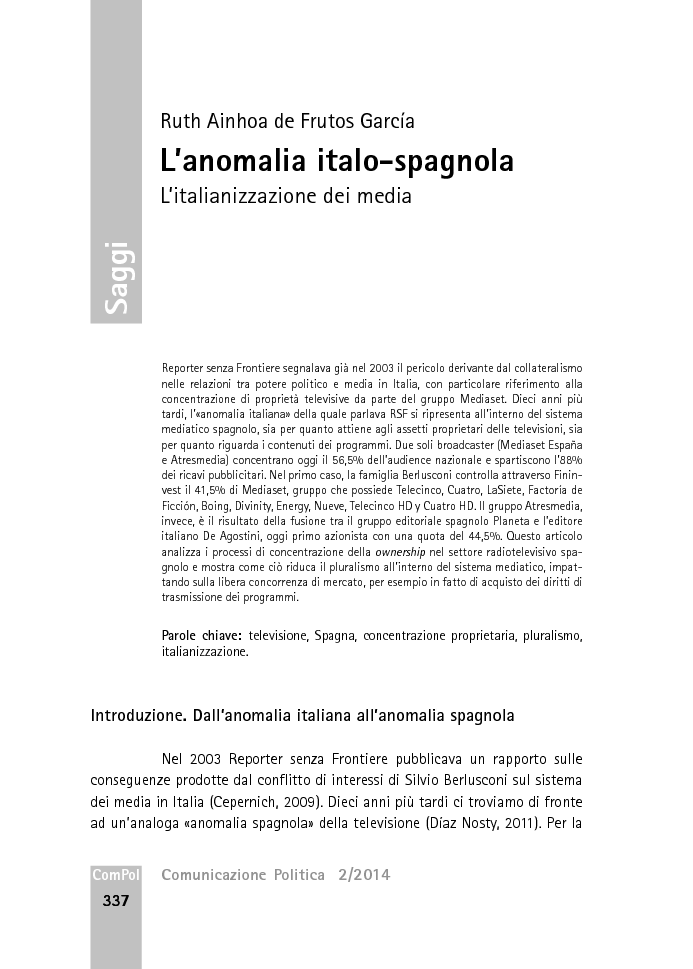