For the first time since the 1999 reform, in the 2013 regional elections in Lombardy it seemed possible for the Center-Left ticket led by the candidate Umberto Ambrosoli to prevail over the Center-Right one, led by the former Minister of Home Affairs Mr Maroni. In this article, the whole corpus of tweets linked with each candidate was crunched with computer aided lexical analysis methods, in order to obtain typical lemmata used to describe the candidates, and, just for Mr Ambrosoli, an empirically based classification of text units according to the pattern of co-occurrences of words: for Mr Ambrosoli, the analysis spotted a widely participated communication, but focused on political rather than policy issues, and lacking in strong and passionate catchphrases, well away from the simple and quite populist slogans of Mr Maroni. Generally speaking, the keywords of the Twitter campaign were determined much more by the common people of constituents than by the candidates, reinforcing the feeling that Twitter is a very difficult medium to manage and to steer. 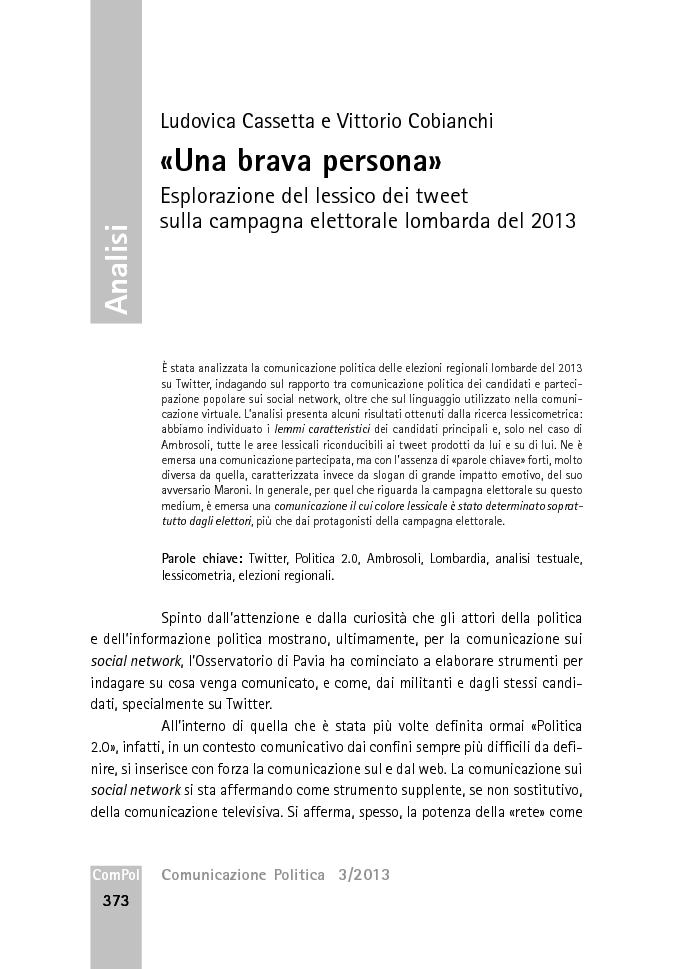