The M5S and Beppe Grillo are at the crossroads of different political, social and cultural concepts and subjects. Of different types of participation and participants, of supporters and voters. Of movement and party. Of different communication models. Of the Internet and the social networks. Of the Web and the square. But also of television. Grillo and M5S voice direct and deliberative democracy as an alternative to representative democracy, against every media and mediators: journalists and professional politicians. Thanks to this they have become the primary channel of political protest. Yet, the M5S runs in local and national election contests, and contributes to elect its candidates in local administrations and in Parliament. As shown by the authors in this special issue, the M5S presents itself as a repertoire of the trends and strains that have characterized Europe's politics and democracies in the last two decades. But it is also an agenda of the issues that mark the future scenarios and developments. 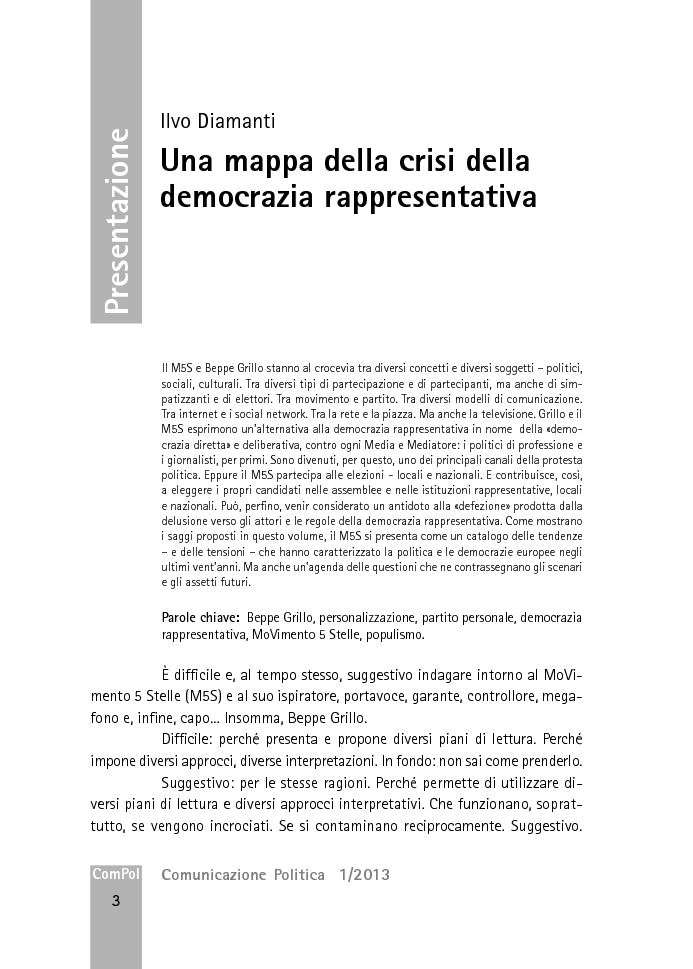