This article focuses on the relationship between popularization of politics, participation, and social media. It does so by investigating the case study Redundancy Island, a «real-reality show» which, starting from Facebook and a blog to then reach the mainstream media, has narrated the protest of workers on redundancy payment at Vynils factory at Porto Torres (north Sardinia). Those workers self-restrained for more than a year in the former prison of Asinara. The interviews to these «famed» blue-collar workers were made when they were at the height of popularity. The analysis initially focused on their perceptions of media success, aiming to understand the meaning assigned by the workers to both the «novelty» of their protest and the different forms of support they received from fan-like citizens. Moreover, by monitoring the Facebook group seven months after the occupation of Asinara, we could measure the workers' capability to upkeep the citizens' attention in this «reality 2.0». The analysis suggests the interpretation of Redundancy Island as an emblematic (and well performed) attempt to reshape the account of both a specific dispute and the general crisis. It also shows evidence of a more general trend toward the popularization of protest, in a media eco-system «complicated» by the participative web typical of Facebook and blogs. 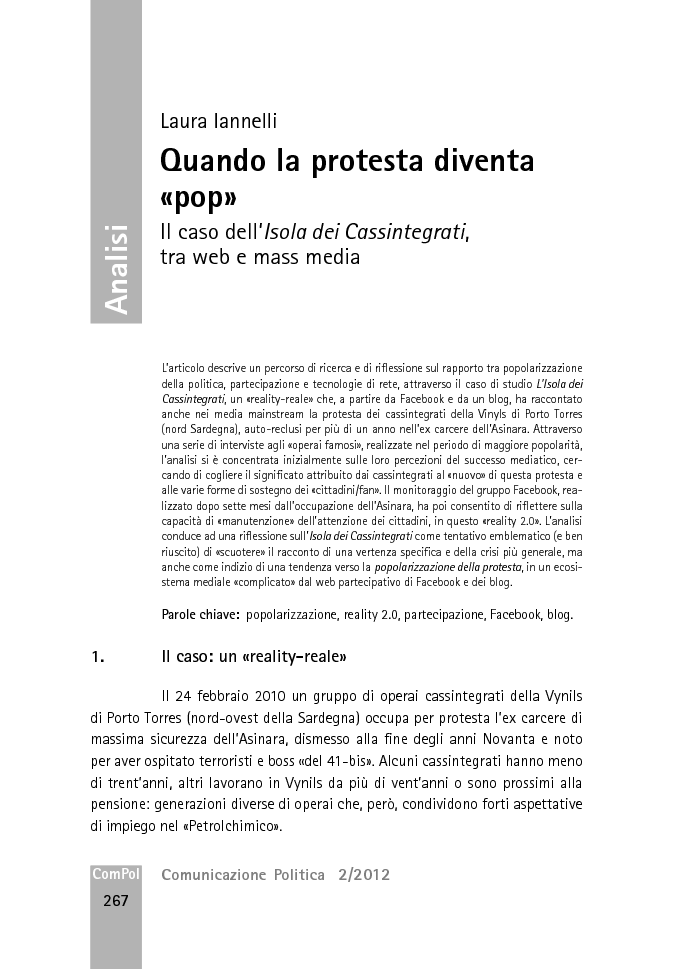