Political talk show in Italy is a very successful television genre and a popular infotainment format. These shows offer a serial representation of the democratic debate alike fascinating soap operas, thanks also to the narrative ability of the hosts who act rather as TV celebrities than as journalists. Politicians, aware of their role as characters, base their communicative success on the performance of their acting. So, deconstructed into its spectacular components - scene, spectacle and drama - this type of political communication shows significant similarities with the aesthetics of melodrama; the public, even the least politically informed, is captured by exciting stories that dramatize political life. After the attack on Berlusconi, in December 2009, these melodramatic traits were amplified by the nature of the event, with a unique overlay of personal (melo)drama and political representation. 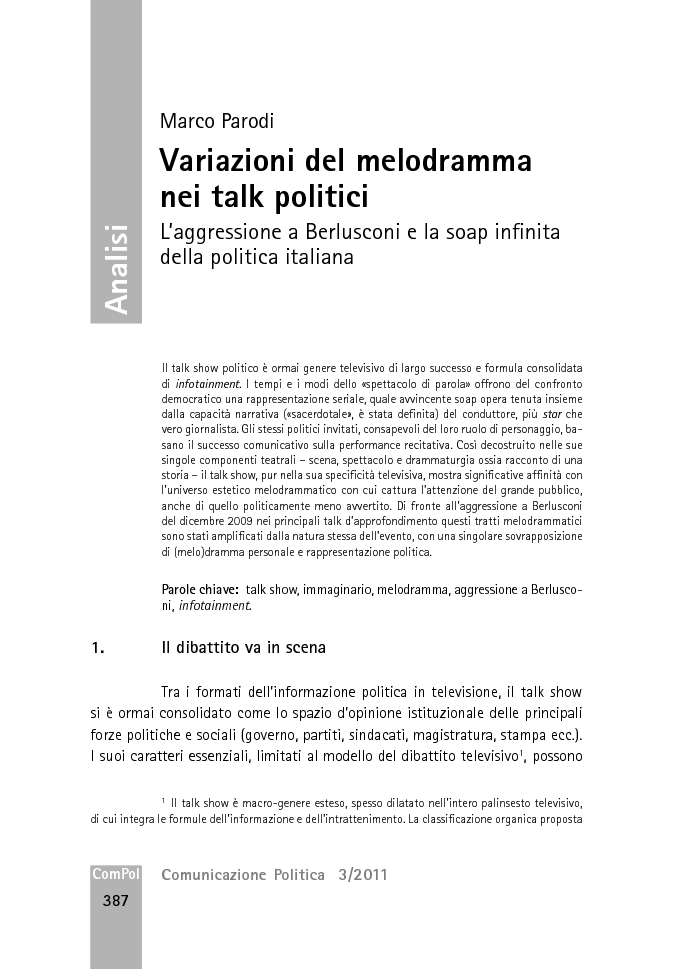