This article addresses the idea of Italy as communicated by the main Center-Left leaders during the transition through the analysis of interviews and speeches by Prodi, D'Alema, Veltroni, and Bersani. Italy is represented as a country rich in resources and energies, which, however, it rarely manages to fully marshal. The main weaknesses of the country are identified as orientation toward the past, fragmentation, weak sense of civic duty and democratic culture, inefficacy of institutions and parties. These representations presuppose a pedagogic relationship between the center-left and Italy, but the fact that the limits attributed to the country appear to be unchangeable signals a minority orientation in the center-left's vision of the country. 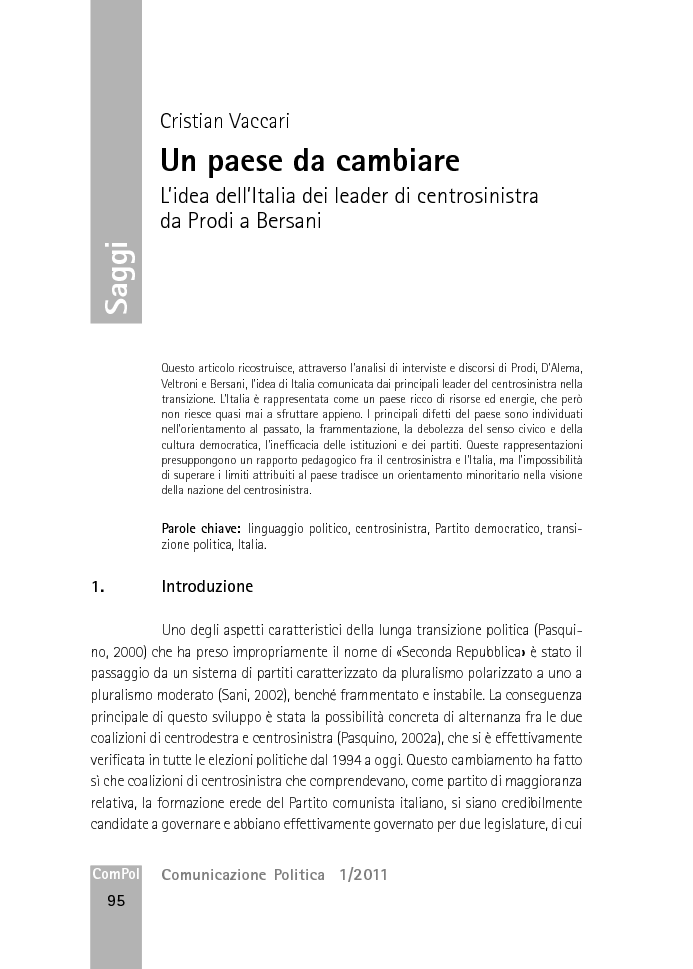