The article proposes a reflection upon Italy's political scandal. A magnifying lens of the political culture of a country, the study of scandal is useful to investigate the nature of present relations between politics and media in Italy, or rather, the consequences of mediatization in the political sphere. By applying the theoretical approach of J.B. Thompson, the analysis focuses on and discusses the media coverage and the journalistic narration of the controversial cases of Silvio Sircana, spokesman of the former Prime Minister Prodi, and of Silvio Berlusconi, Prime Minister in office. 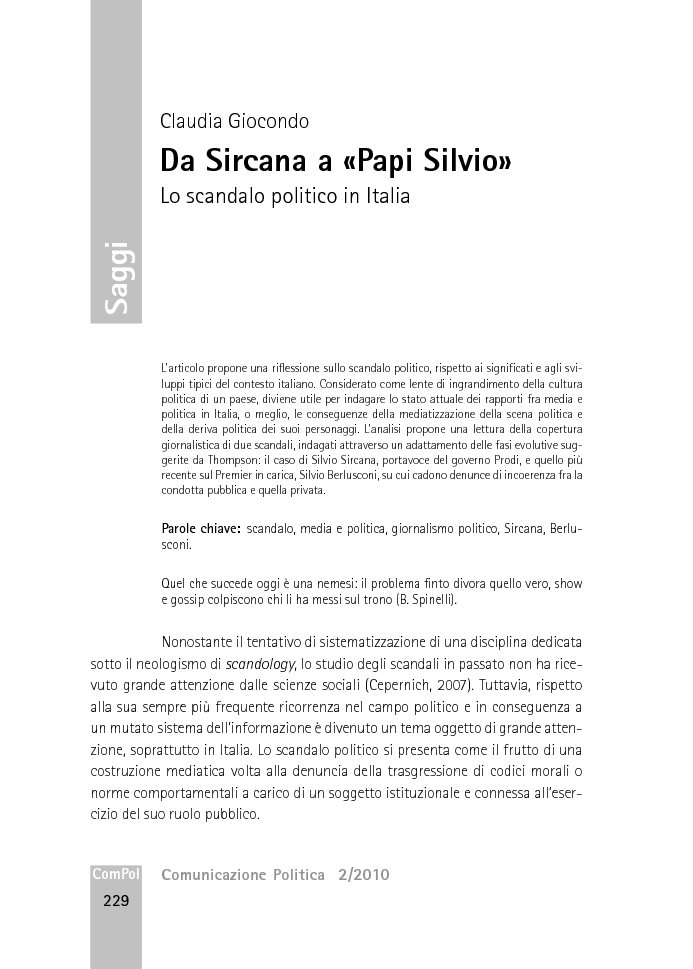