Media visibility of the 2009 European Parliament election campaign was low in Italy due to a series of exceptional events. While these included the Abruzzo earthquake, the Fiat/Chrysler trade-agreement, the G20 London Summit on the global financial crisis, by far the most significant «event» was the persistent controversy surrounding the prime minister Silvio Berlusconi. This ranged from the so-called «veline» scandal to «Noemigate»: The public announcement of the prime minister's divorce proceedings, the «veline» supposed scandal, Noemigate and consequent divorce announced by Veronica Lario by press, parties with underage showgirls in Villa Certosa, private use of state flights and, last but not least, the guilty sentence in the David Mills trial in Milan. This article analyses media coverage of «the Berlusconi issue» in 19 main daily newspapers and has two principal aims: Firstly to study the evolution of an issue which sat Berlusconi-the-man at the centre of an election campaign more than perhaps ever before; secondly, and more generally, to assess the degree to which Italian politics is moving towards Ginsberg and Shafter's model of politics conducted «by other means» (2002). 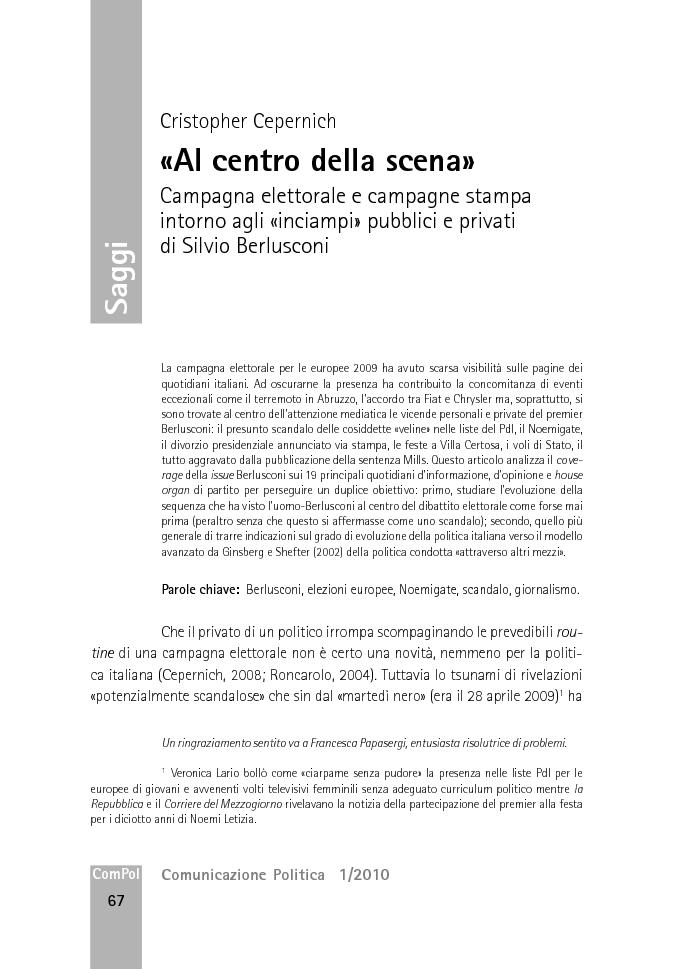