Among the new parties that have contributed to changing the political equilibria of European democracies in recent years there is Podemos, a protest party that emerged in Spain in 2014, becoming in a short time a ruling party. The literature on this party is extensive, but the party’s communication during the current phase, characterised by the unprecedented experience of government, appears less investigated. For this reason, the aim of this article is to analyse the constituency communication of its representatives through two social networks: Facebook and Twitter. Through a quanti-qualitative analysis of the social-media communication of its MPs and government representatives, we will show that their communication is mainly influenced by an institutional variable, linked to the competitive position of Podemos, and an organisational variable, inherent to the distribution of power resources within the party itself. Their communication is rather uniform in themes and shows how the individual initiative of each representative is less incisive than the central and collective organization of the party. Finally, the analysis of Podemos’ communication confirms how the party currently combines features of the party of government and those of its original nature as an ideologically radical force. 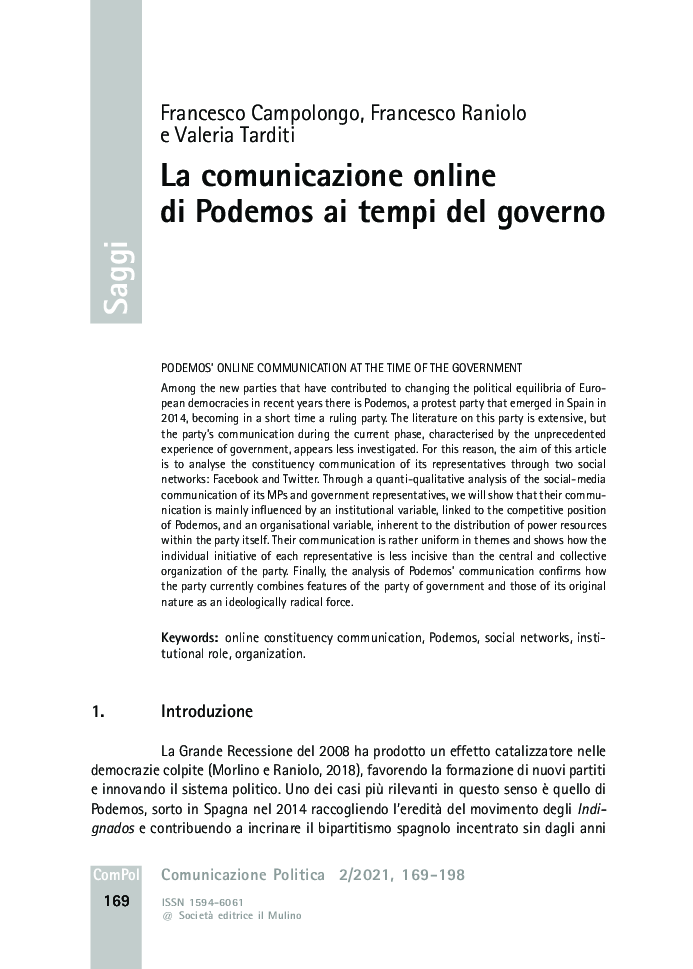