Family-State isomorphism is the cultural gene that allows China’s political system to serve efficiently in public governance. It also gives an explanation for China’s success in controlling the pandemic of Covid-19. Based on empirical considerations about the use of social media, this study investigates how the Family-State concept was present among Chinese people during the pandemic. Two conclusions have been drawn: first, in the ideological debate over the F Diary, public attitudes turned from praise to indifference and then to criticism. The change revealed the dynamics of the Family-State concept that echoes the deeply rooted culture of Family-State isomorphism; second, compared with the younger generation, the older generation widely discussed pandemic through the social media. The younger generation lacked incentives to care about the public health crisis because the family overweighed the State in their Family-State concept, whereas the two were isomorphic in that of their parents. 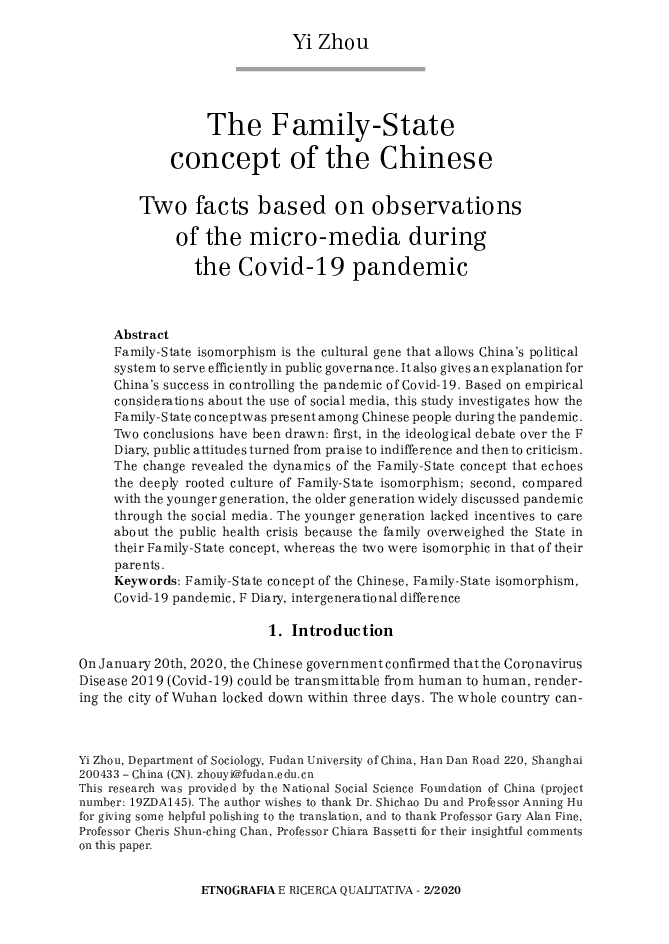