Based on long-term ethnographic research in the Russian Federation between 2013 and 2016, this article contributes to recent debates on secularity and the interplay between politics and religion. By looking at the introduction of a new festive day called the «Day of Family, Love and Faithfulness», attention is drawn to the complex relationship between two powerful actors in contemporary Russia: Orthodox religion and politics. Instead of emphasizing the legitimating role of Russian Orthodoxy only, attention is drawn to close cooperation, misunderstandings and conflicts between both sides. For this, different forms of entanglement between both spheres are emphasized without neglecting competition, unintended consequences and conflicts. In addition, particular emphasis is laid on local interpretations and local modes of interaction between politics and Russian Orthodoxy, a fact that is quite often overlooked when focusing exclusively on the higher echelons of power such as President Vladimir Putin and Patriarch Kirill (Gundiaev). 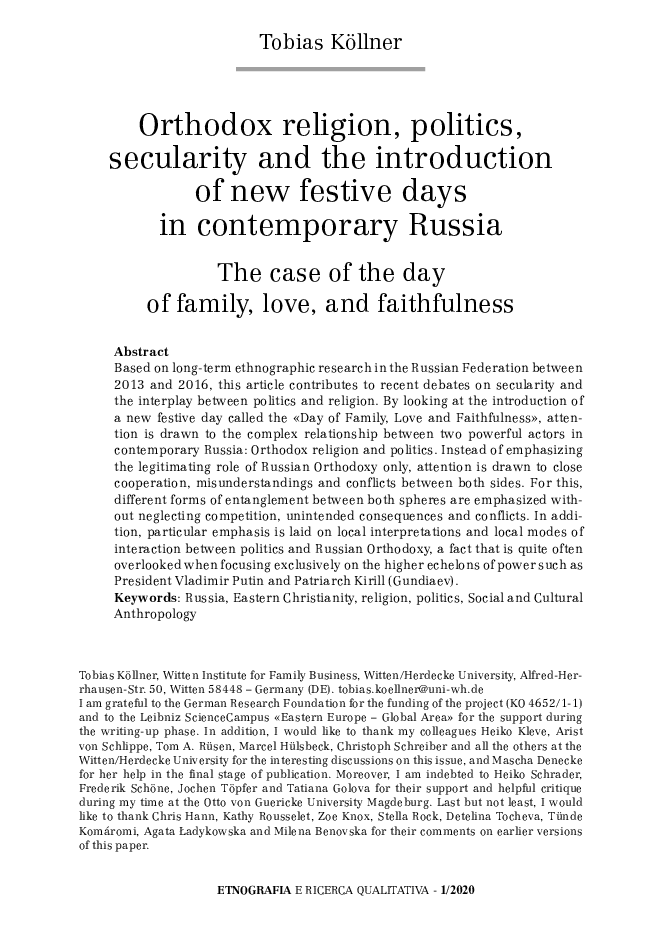