In this article, I use the ethnographic study of immigration courts to show how internal borders operate, making a distinction not between legal/illegal migrants, but between undocumented migrants who must be deported and those who can stay. In the case study, the justices of the peace share the idea that police only select «dangerous» migrants, and that only these should be convicted of immigration crimes. The supposition of who is/is not a criminal is based on three assumptions and on what the migrant was charged for. The distinction is then mapped on six different «frames of dangerousness» («drug dealer» vs «perfect labourer», «sex worker» vs. «care worker», «asylum seeker », «family member»), positions that are attributed along lines of gender, racialized nationality, and class. I make the point that Europe is shaping itself "vis-à-vis" both those undocumented migrants who are eventually deported, and those who keep on living in the country of arrival as «differentially incorporated » subjects. 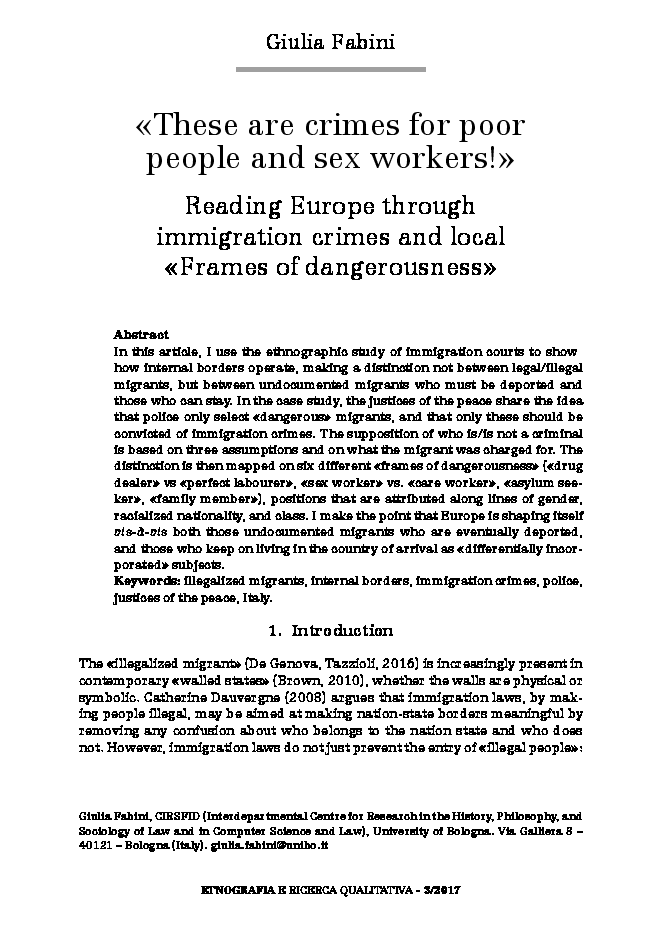