The article takes EUrope's uneven geographies of reception as a privileged standpoint from which to explore the ways in which EUrope is currently produced through the management of asylum seekers, as well as constantly contested by asylum seekers' movements. Drawing from qualitative research in Italy and Sweden, the article calls into question the notion of a homogeneous EUrope that is promoted by EU asylum policies through the idea of a common area of protection in which asylum seekers are treated equally and fairly regardless of the place of reception. Such presumed homogeneity is radically challenged by an excess of contexts of reception, which is explored along spatial, institutional, and temporal lines, and by excessive movements, through which migrants attempt to take advantage of the unevenness characterising the EUropean space. The article argues that an emphasis on the excess of reception and on the excessive character of movements points to possible ways for rethinking Europe in terms in which unevenness is replaced by equal possibilities, living conditions, and welfare. 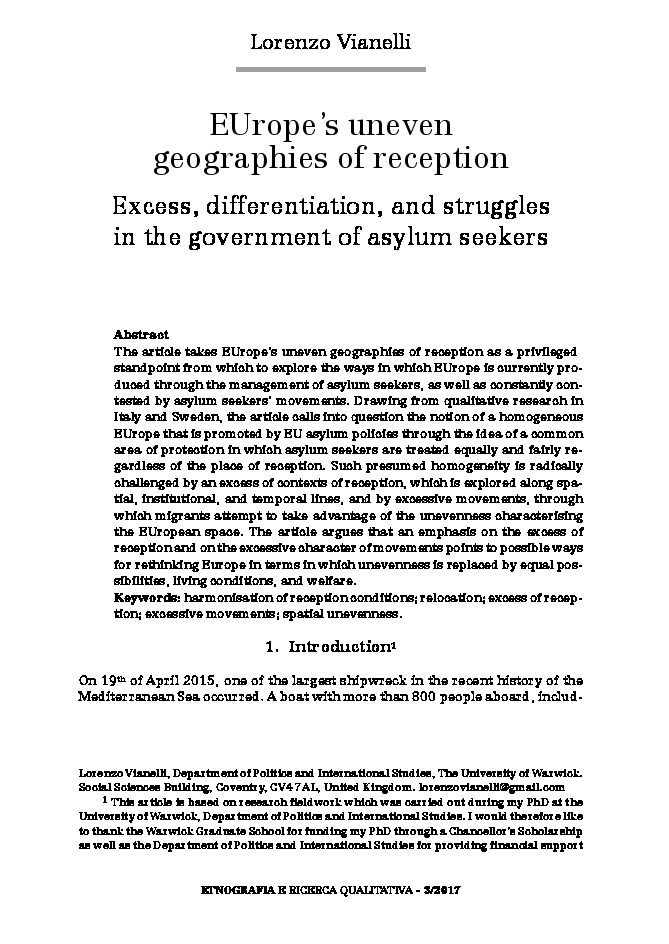