By introducing the special issue of ERQ, "Refugee experiences in Europe. Subjectivity, surveillance and control", these pages aim at offering a gaze on both the current European political context, and the perspectives we have chosen to look at refugee experiences. Focused on refugees, their movements and the policies aimed at governing their subjectivities, this issue looks at Europe from the chosen vantage point of the Mediterranean basin, Italy and Greece in particular. European borders have an increasingly tentacular form capable of continuously shifting between externalizing control over Europe's perimeters and localizing this control. Thus, it is necessary to explore how multiple forms of control deeply affect subjectivities of women and men asking for asylum and protection in Europe. In this Introduction, an analysis of the reconfiguration of control - in terms of mobile border, pervasive surveillance and social abandonment - is accompanied by an exploration of the issue of subjectivity, intended as empirical and theoretical category. A reflection on the way in which social and political forces shape the experiences of refugees, and how they deal with conditions of sufferance and vulnerability, or engage to identify arenas of action and intervene on their own lives, is at the core of this contribution. 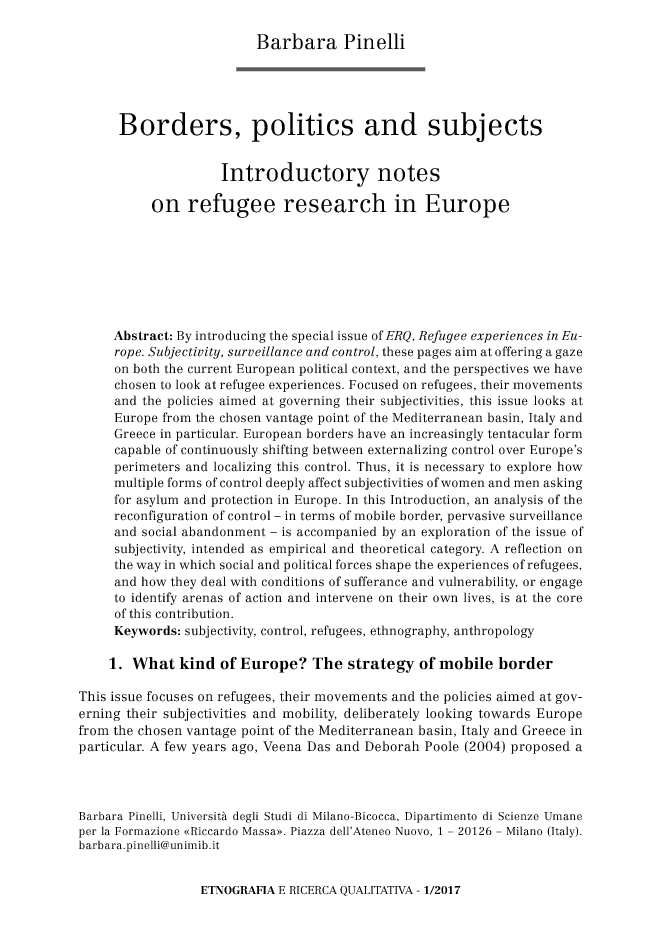