This article examines the reactions of a small community to a state of emergency that was declared in the wake of a natural disaster. The ethnographic data presented regards Scaletta Zanclea, a village in the province of Messina province, which experienced a major flood in October 2009. The traces of this flood - such as the transformation of the surrounding landscape, the public rhetoric that characterized its aftermath and the changes in the daily routines of inhabitants - still persist today. The positioning of the event in a broader historical and political context allows for a deconstruction of the idea of natural disaster, which is often associated with the notion of an unexpected and uncontrollable event in contrast to the concept of a technological or anthropogenic disaster. In fact, in the case of Scaletta Zanclea, the 2009 flood was just the latest and most tragic case in a series of natural disasters that had occurred during previous years. As such, the flood is transformed into a political object that is used to dispute institutional decisions and interventions deemed inappropriate to safeguarding the local environment and the needs of citizens. At the same time, the event shows how individual pathways of rehabilitation arise and how places and habits modified by the disaster are reappropriated. 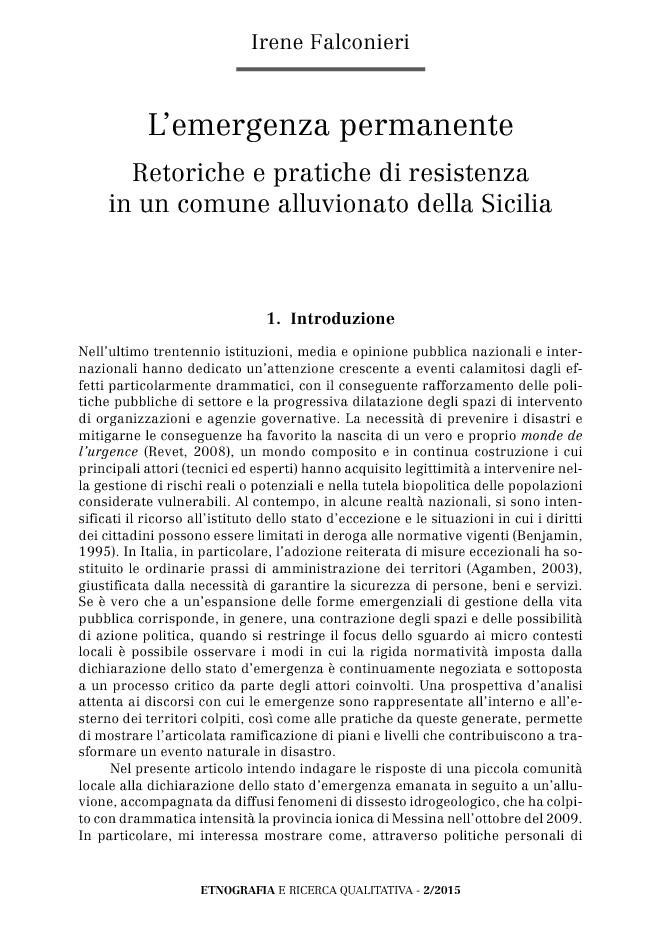