This paper examines the political effects and implications of the 3.11 disasters, looking at the emergency management of the Fukushima nuclear disaster in the most dire phase of the crisis. This research has entailed intensive interviews with over 240 people whose lives were significantly impacted by the disaster, including government officials (both US, Japanese and EU State diplomats), military officers, nuclear scientists, scholars, anti-nuclear activists and NGO group members on their experiences and perceptions of the Fukushima crisis. In addition to analyzing the political consequences of the disaster, and its implications for the nuclear industry, this research examines the social impact of the crisis, looking into how citizen activists and communities most affected by the disaster have responded. 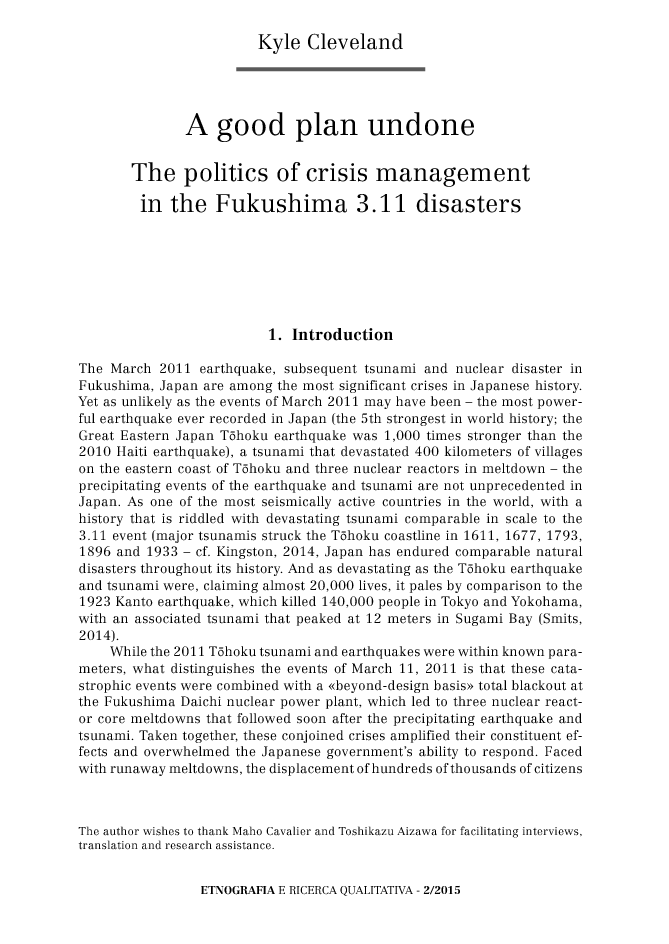