What is left of "Action Française", that powerful intellectual and activist movement from the first half of the 20th century, in contemporary political life in France? A quantitative answer to that question would not provide relevant information. However, an ethnographical approach allows us to discover that, in the last few decades, a certain vitality in French monarchical networks exists. This permits the revision of contemporary works on the new extreme Right Wing and neopopulism, in contrast to a virtually unknown and «old-fashioned» empirical object. The empirical analysis realized through contact with actors belonging to the "Action Française", by attending their political meetings and carrying out biographical interviews, enabled us to identify an "abeyance structure" that has allowed the reproduction of French nationalism and the transmission of a nationalistic culture already present in several political organizations and programs in France. 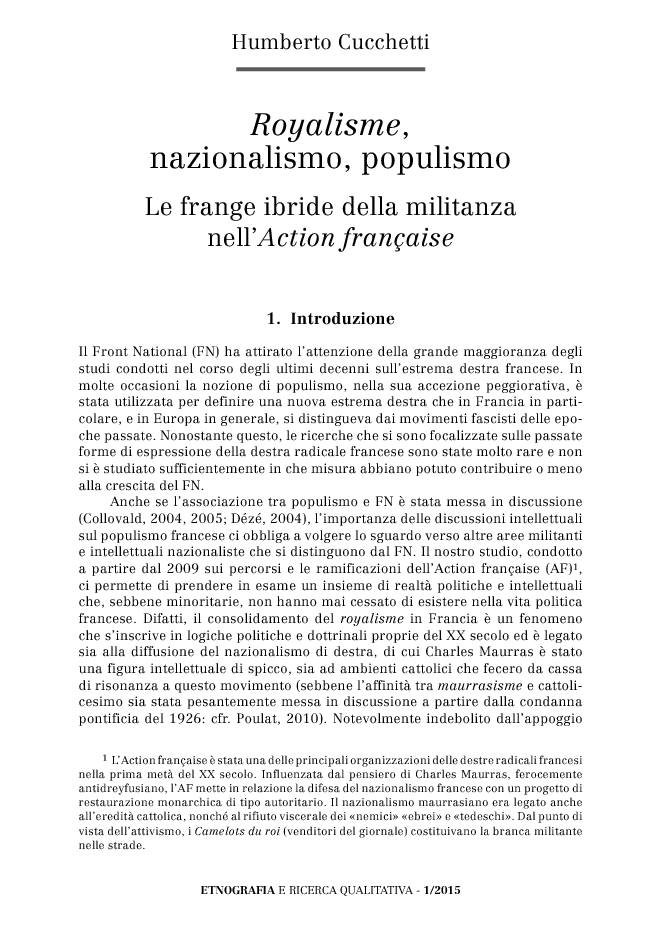