Globalization affects societies by redesigning global economic space and power configurations. In this context, states are more and more dependent on economics and the rules of financial markets. Moreover, as a political consequence of globalization, new forms of transnational institutions are emerging and reshaping the traditional centers of power. In this paper, I argue that what I call the "displacement of politics", i.e. the fact that the state is no longer the only protagonist, has taken place, and that the Hegelian dyad of state/civil society has lost its centrality. This displacement is not limited to the appearance of a new political scene in which old institutional powers have been replaced by newer ones, more suitable for dealing with world changes. The reinforcement of European institutions reflects this change of scale and generates a new kind of nationalist resistance among people. At present, what can be observed is a global redefinition of the meaning and aims of political action characterized by a rise in the preoccupations of life and survival at the heart of political action. The issue of the Platonic city and the relationship of the individual to sovereignty, what I call "convivance", is relegated to the background. Citizens' rejection of Europe is an expression of the perception of uncertainty. We can interpret populist and sovereignist reactions as a consequence of the anxiety generated by globalization. 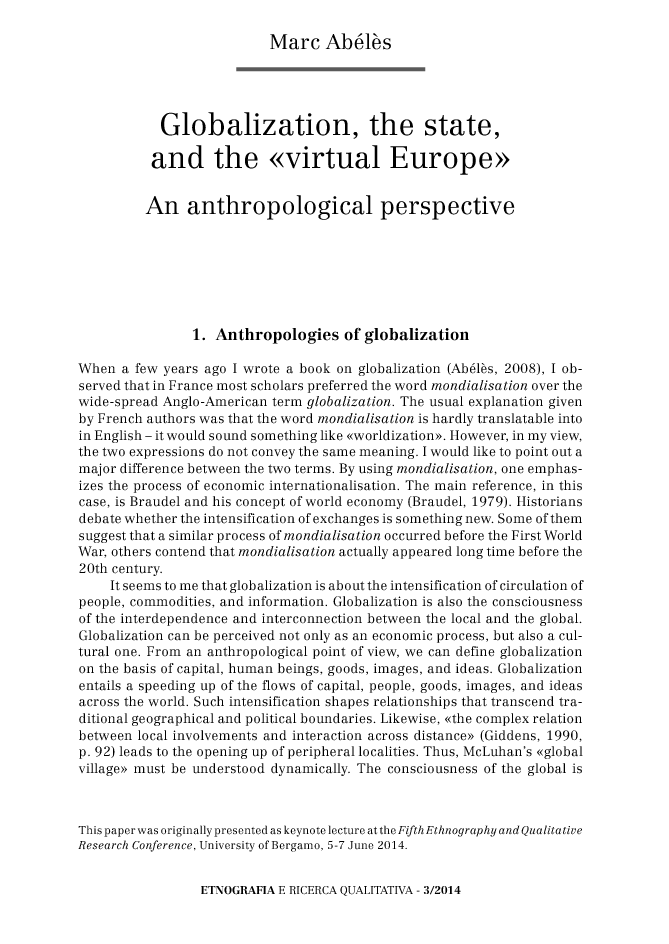