Between 2010 and 2012, ethnographic research was carried out by the author in Guatemala City. In particular, three places were focused on, namely a slum, a prison, and a gated community. Although their organization is firmly related to the «politics of separation», these spaces are also frequented - in different ways - by actors who have acquired a special role in the last few years. Such actors are "maras" and "pandillas", Central American juvenile gangs. The paper seeks to illustrate the socio-spatial structure of Guatemala City, mapping out how the reality and imagination of these plaguing gangs convert disparate areas into a single, albeit partially segregated, entity. 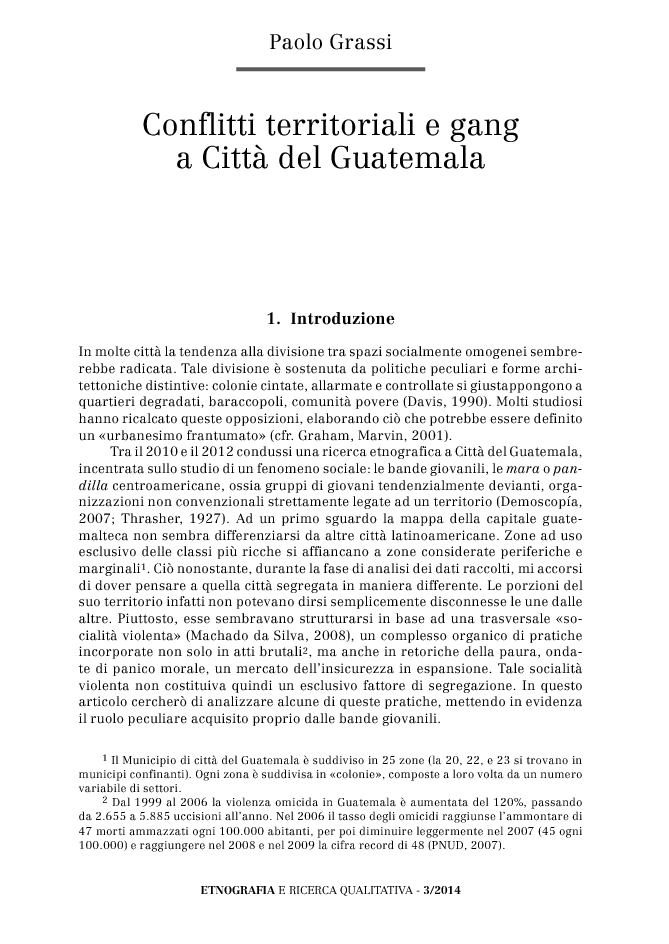