The essay introduces the concept of «creative family» in order to identify, through the analysis of specific networks of informal relationships, different styles of organizing creative work in the field of television serial production. In particular, it deals with Italian television screenwriters, an artistic profession which has seldom been explored. The study describes five different networks (five «families»): families structured in a hierarchical way (the so-called «family workshop», composed by a senior writer and a limited number of trusted collaborators and young apprentices); generational families (the «hippie community», made up mostly of friends who entered the field together and clustered on the basis of artistic partnerships); industrial families (renamed «Ikea families»), a sort of hybrid of the two previous types; finally, two particular groupings, one composed of (apparently) unaffiliated screenwriters and the other structured as an intellectual circle. The analysis is based on qualitative data: forty-four in-depth interviews to screenwriters, as well as participant observation (during brainstorming sessions, syndicate meetings, press conferences, festivals, parties, etc.). 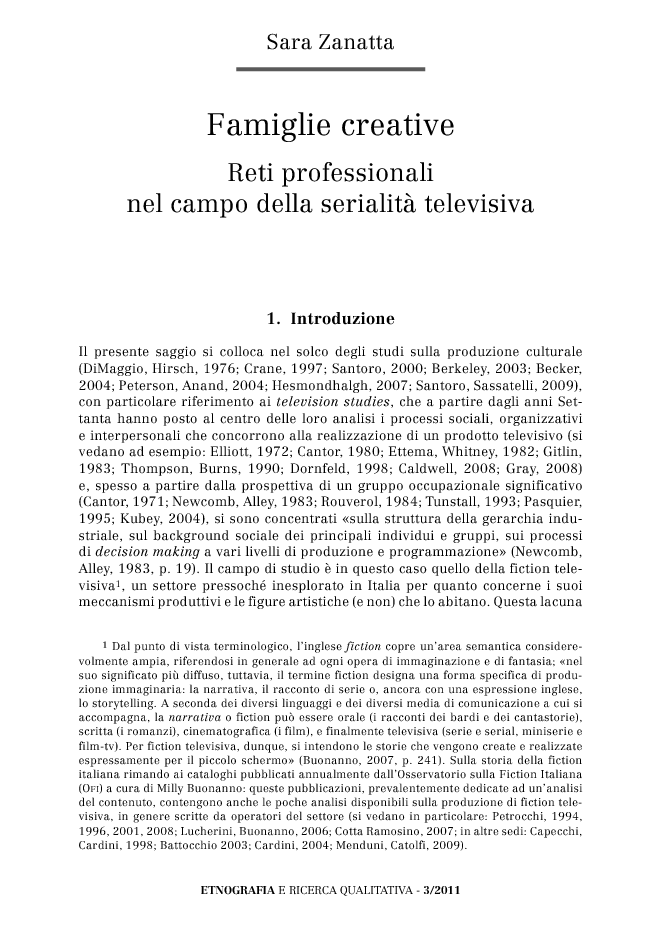