This conversation between Michael Lynch and Mauro Turrini gives a historical reconstruction of Lynch's career, from his ethnography of a cutting-edge science laboratory to his recent socio-historical analysis of the technological transfer of molecular genetic techniques to the realm of forensic sciences in the 1990s. The dialogue initially deals with Lynch's ethnomethodological education as one of Garfinkel's graduate students. This background sees him as an original voice of the STS community, especially for his criticism of constructionism, the most common approach of this research area. This critical attitude is the common thread of the interview, which deals with ethnographic method, with the ways in which empirical concepts are constructed, and with the interpretation of some of the major concepts of ethnography of science, such as scientific practice, tacit knowledge and closures. Lastly, the conversation focuses on the prominent role of history in Lynch's latest research on DNA fingerprinting and on the counter-political attitude of ethnomethodology. The ethnomethodological approach emerge as an important resource for rethinking and updating the STS research agenda now that the constructionist stress on the contingency and uncertainty inherent in technoscientific facts and artifacts has been widely acknowledged in law, culture, society and politics. 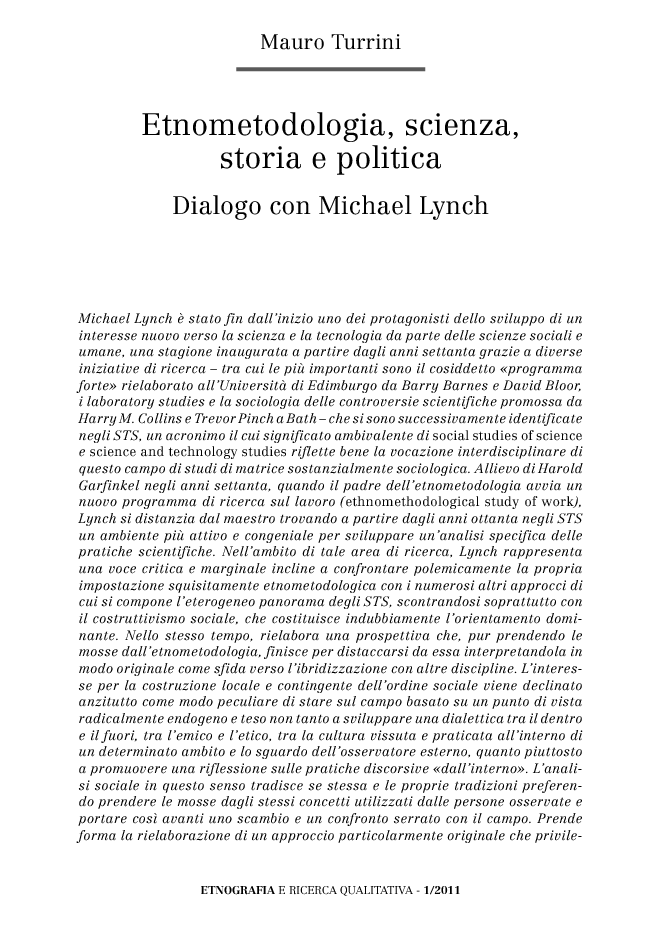