Recent debates concerning the affinities found between anthropology and the U.S. military (mainly brought to the fore by the well-known "Human Terrain System" program in Iraq and Afghanistan) have tended to minimize not only the role of other social sciences engaged in war efforts, but also, most significantly, the massive mobilization of other civil apparatuses in the field (multinationals, private security agencies, non-governmental organizations). If the fact that anthropology is deployed along with other forces is disregarded, too much attention is focussed on the discipline itself and not enough on the profound shifts in politics in contemporary settings. Mapping the role that anthropology plays in these circumstances will therefore be less useful for questioning whether use of the discipline is justified, authentic and ethical according to pre-established or identifiable deontological, conceptual and methodological criteria, than for trying to examine some of the categorical blurring that take place in new kinds of war. 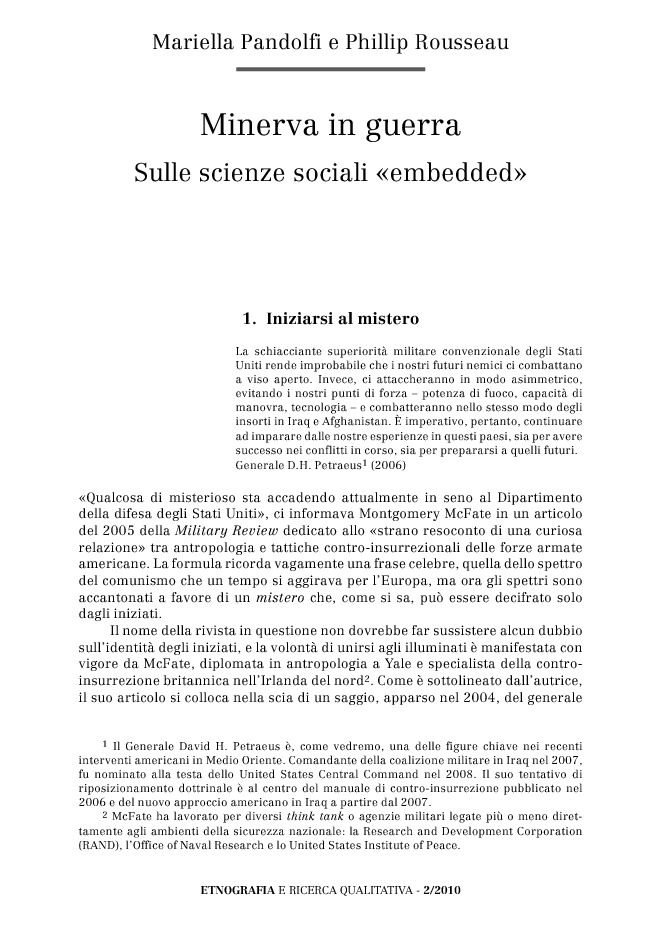