The paper describes the social organization of a boxing gym, Tranvieri, located in Bolognina, a working class neighbourhood in the city of Bologna which has changed rapidly in the last 20 years due to the closing of factories and the arrival of immigrants, especially from the Maghreb. Accordingly, the gym population has changed: currently about two thirds of those attending the gym are children of immigrants. The motivation for starting boxing is the search for respect in a social setting in which school and work are mainly sources of frustration and humiliation. Young immigrant boxers are deferential towards Italian trainers and the latter do not have racist attitudes toward them. As is well known, boxing is a male world: the female body is perceived as something extraneous to the gym and, although two or three women practise boxing at Tranvieri, female boxing is generally disapproved of. The tension between the boxing world and the world of women is also exhibited in the conflict between trainers, who wish to strictly control the athletes in terms of diet, temporal routines and sexual practices, and the boxers' mothers, wives and girlfriends. 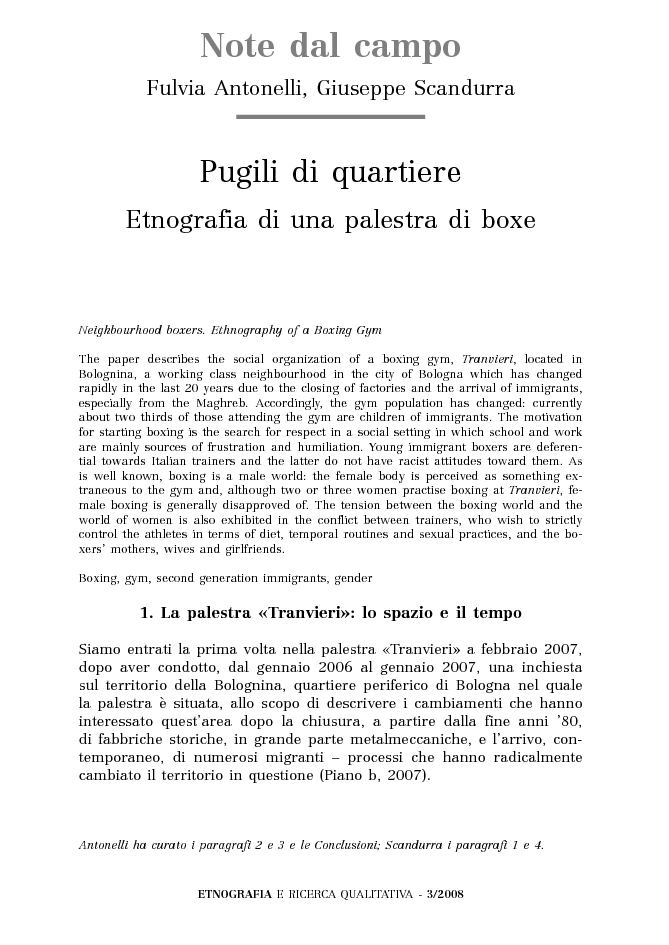