Reconstructing and analyzing the drinking rituals of young people, this article examines the cultural patterns related to alcohol consumption. The central hypothesis is that drinking rituals are one of the privileged forms of «togetherness» for young people, and have important social integration and differentiation functions. The data had been collected with a qualitative study (January 2005-January 2007) conducted in Trento, a town in the northeast of Italy. Drinking alcohol in a group is at the same time a rite of passage (Arnold Van Gennep) and a rite of institution (Pierre Bourdieu), which produce symbolic boundaries separating those who belong from those who do not and create processes of stratification and social differentiation (status, gender, etc.) symbolically expressed through practices of «drinking together». 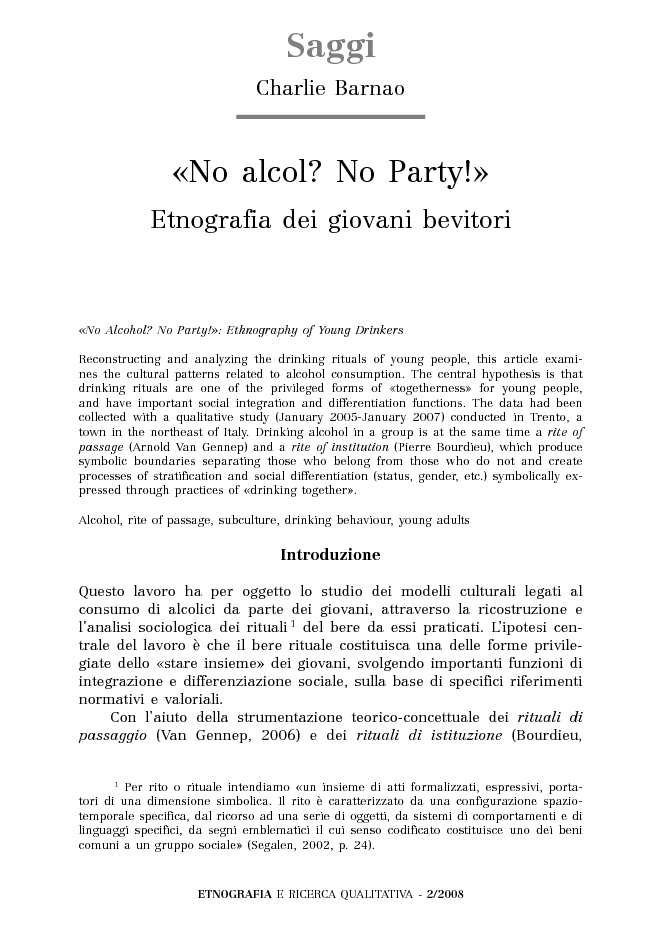